Slovakia’s Gaelic Football team offers a family away from home

The Slovak Shamrocks, established in 2011 under the Gaelic Athletic Association, recruits locals and expats of all ages and abilities to play the unusual game. 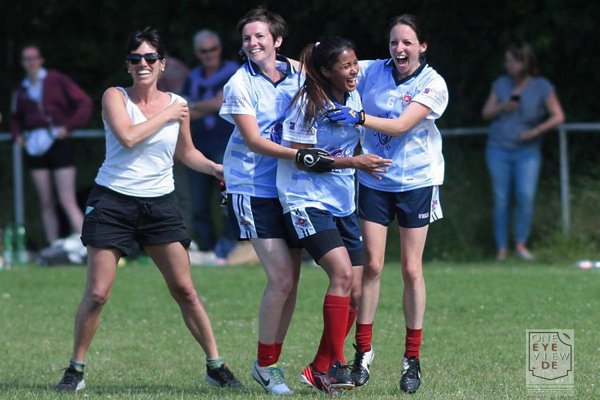 Malinovo, a village outside of Bratislava, will likely be the most culturally diverse, energetic, and Celtic municipality in Slovakia on May 26.

The Slovak Shamrocks, Bratislava’s premier Gaelic Football team, will host squads from all around Europe for a much anticipated Gaelic Football tournament. They expect a huge turnout and perhaps a few puzzled looks from curious Slovaks who come out to watch the unusual Irish sport they know nothing about.

What is Gaelic football?

Gaelic football has a long tradition in Ireland. The Gaelic Athletic Association, which focuses on promoting Gaelic games and pastimes, was established in 1884. A year later, the first officially recognized Gaelic football game was played under the association. The origins of the sport, however, go further back.

“Some guys in a field someday decided to muck about with a football, who knows when, sometime in the 17th century,” describes Shane Crean, Club President and head coach of the Slovak Shamrocks.

Many children in Ireland grow up playing the sport but in Slovakia, few are familiar with Ireland’s quintessential pastime.

“It’s a hybrid of a lot of different sports including soccer, Australian rules football, rugby, handball, and if you’re good at basketball that definitely transitions into our sport,” remarks Crean.

For first-time spectators, Gaelic Football looks like a thrilling yet confusing sport.