The father has ignored the verdicts of the courts ordering that the child should return to Ecuador. 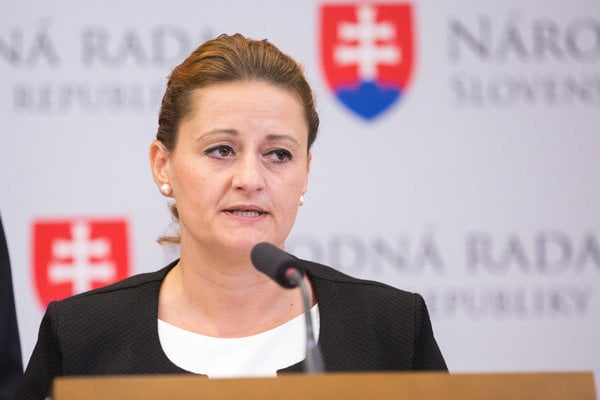 Slovakia faces another international scandal, this time due to the ‘kidnapping’ of an of Ecuadorian child, arising from a custody dispute, seemingly endorsed by the ineffectiveness of the Slovak state authorities, Natália Blahová, MP for the opposition Freedom and Solidarity Party (SaS) and member of the Parliamentary Human Rights Committee informed on Monday, May 21.

In February 2017, the mother, Marriela, came to Slovakia bringing her daughter to spend the holidays with her father, who failed to return his nine-year-old daughter to her mother’s custody despite the decisions of the Slovak authorities and courts.

The Ecuadorian Parliament unanimously approved a resolution last week to send the Ombudsman, its Justice Minister, and its Foreign Affairs Minister to Slovakia, to pursue the highest diplomatic level of law enforcement, said Blahová.

Blahová cited the vice-chair of the Ecuadorian Parliament as saying that “it is no longer about the need to pressure certain authorities; now national and international pressure must come to bear”.

The family of the child’s father has political power and influence over the idleness of the Slovak authorities, said Blahová, referring to the Ecuadorian media.

“Therefore, we call on the justice minister, the labour, social affairs and the family minister and the foreign affairs minister to start acting and send signals leading towards cooperation with Ecuador,” said Blahová.

Blahová also published a video in which the young South American Marriela asks for help with her situation in Slovak. She called the case an international embarrassment and described it as the abduction of a child with the blessing of the state authorities.

The father has ignored the verdicts of both district and regional courts, which ordered that the child should be returned to her home country of Ecuador. He has also disrespected court verdicts concerning the child’s contact with her mother. The Slovak police haven’t helped the mother, even though they were repeatedly notified about the non-observance of the official decision.

Blahová told how the father has registered the child at a primary school in the village of Jakubov (Bratislava Region), where his father is mayor. The child’s father has been engaged as an assistant teacher at the school and is sitting in the classroom with his child in order to guard her.

The Slovak Justice Ministry issued a statement in response to the case which reads, “Seeings as this is an extremely complex interpersonal situation, where the needs of a female minor must be put first, the Justice Ministry stands ready to offer cooperation to the Ecuadorian bodies within the scope of its powers.

Ministry spokesperson, Zuzana Drobová, underlined that the ministry cannot interfere in pending court proceedings, as that would fly in the face of the Constitution.

An agent acting for the Slovak Republic before the European Court of Human Rights, Marica Pirošíková, stated that in this context it is important for the general court not to make automatic or mechanical decisions on the girl’s return but take the best interest of the child into account - which might supersede the interests of the parent.

“The intrastate decision-making process must be just and allow all sides involved to make statements on the matter,” said Pirošíková, as cited by TASR. “Any approach by the courts to the contrary, led by the Supreme Court or Constitutional Court, to annul their decisions in the past, only works to drag out the proceedings for an inappropriately long time.”