Slovaks die of cancer more often than other EU citizens

The survival rate after diagnosing breast, cervical and colon cancer has not improved. 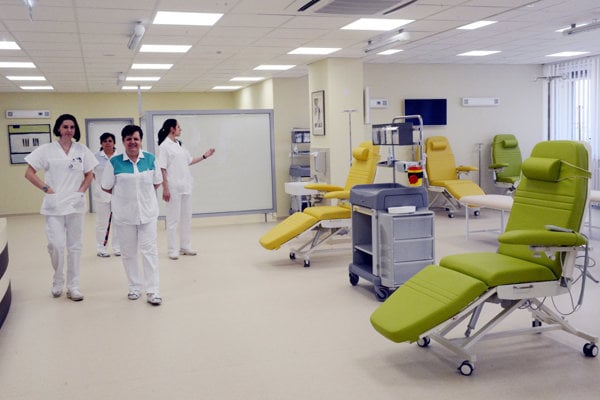 The survival rate after diagnosing breast, cervical and colon cancer has not considerably improved in Slovakia in the past decade. Moreover, the difference between the country and many other European Union member states has deepened.

The Sme daily broke the news, citing Lívia Vašáková of the European Commission (EC) Representation to Slovakia, and the EC report on the state of health and health care in the country.

The presentation of the EC document opened the Oncology in Slovakia (Expectations vs. Reality) conference on May 22 in Bratislava, organised by five patient organisations pointing to the need to improve the state of oncology in the country.

The relatively low survival rate in various types of cancer is partially connected to the low rate of screening – which means that a big share of cancer cases are diagnosed in later phases, Vašáková noted.

The screening rate could be increased with more campaigning by governmental or non-governmental organisations, striving to inform the public on the advantages of regular screening.

In general, cancer is among the diseases that kill Slovaks the most. According to the report, it is behind almost two-thirds of deaths; in women, it is the cause of death in 24 percent of cases and 29 percent in men, Sme cited Valášková.

The EC report on the state of health in Slovakia for 2017 also found that the country has so far not elaborated any national action plan for fighting cancer – a tool used elsewhere to mobilise the effort to push through more prevention, early detection and improving the treatment of cancer patients.

The conference strives, among other things, to use the lectures and speeches of guest experts to identify the biggest issues and compare the treatment conditions in Slovakia with current trends abroad.