The Slovak/English singer released the single Dievča/Darling in both languages, in anticipation of his new double album. 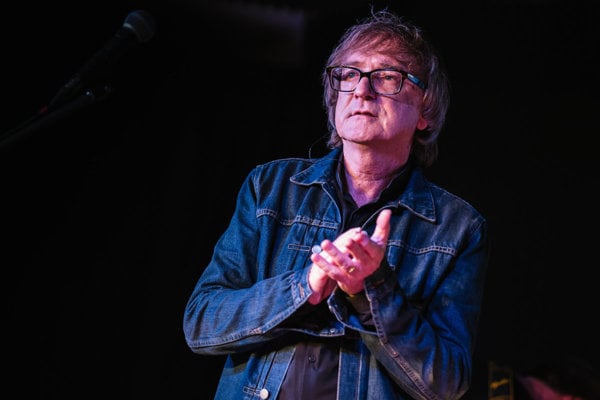 At the beginning of May, the Slovak singer who lives in Prague and London released “a taster” of the double album he is preparing, which was recorded over the winter in the Abbey Road studios in London.

Three years ago, Miro "Meky" Žbirka produced his latest recording, Miro, in the same place; his icons, The Beatles, once made their best albums there.

Žbirka tries to record new songs simultaneously in Slovak and in English. Thus, the single - Dievča – was later released with English lyrics and titled Darling. So far, the new album is simply called Double Album and the singer has revealed that people will get to hear it as soon as this autumn.

I could not even have imagined it

In October, he will play new compositions at three concerts in clubs, beginning October 22 at the Ateliér Babylon in Bratislava, continuing October 25 at the Prague Lucerna Music Bar, October 27 in Hradec Králové and October 29 at the Sono Centre in Brno (the last three cities are in the Czech Republic, ed. note).

Although Žbirka has been recording and partially also living in London for some time already, the novelty will be exceptional in that he was accompanied in the studio by musicians who once played with ex-Beatle Paul McCartney. Robbie McIntosh, Hamish Stuart and Dean Ross accompanied the Beatle at his 1980s’ and 1990s’ concerts.

“At Studio 3 in Abbey Road, a band was put together with members who used to play with McCartney; and the mixing console is so huge that I can’t see where it ends,” Meky Žbirka told Sme in January. “Everybody brings me tea, I have my own mixing console – and when I am supposed to sing, it’s just up to me.” He added that “this is a completely new situation in which a person from Bratislava can find themselves; I could not even have imagined it”.

The cover of the new album was made by an artist of Czech origin, Míla Fürstová, who designed the Ghost Stories album by Coldplay and covers for the fantasy books by Cassandra Clare.

Besides preparing the new recording, Žbirka also joined the protests For A Decent Slovakia.

After the death of Ján Kuciak and Martina Kušnírová, he addressed people from a stage in Prague, as well as publishing the protest-song To, Čo Vravíš (What You Say), in which he rejected corruption, thieves and oligarchs.