The biggest piece, a skull, took 110 hours of continuous printing. 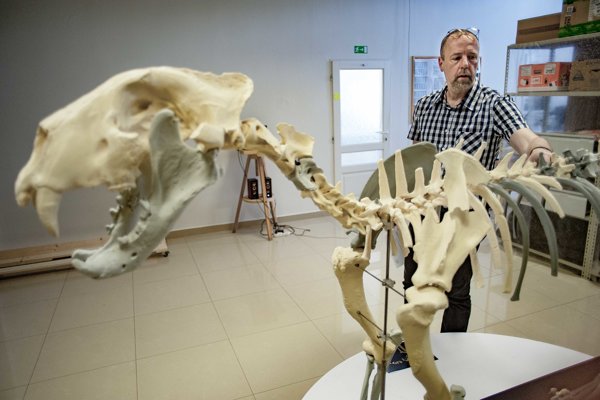 The digitalizing team of Museum SNP (Slovak National Uprising) in Banská Bystrica together with experts from Blansko in the Czech Republic finished a unique project, “Reconstruction of a cave lion skeleton via 3D printer.”

“We succeeded in completing a cave lion skeleton after two months of intense printing on several 3D printers,” said Ján Šperka, head technologist of the Digitalization Centre (DC) of Museum SNP in Banská Bytrica, as quoted by the SITA newswire.

More than 12 kilograms of material – filament - was needed for printing, according to Šperka. The unique exhibit has already been transported to the museum in the Blansko region of Morava.

The idea of constructing a complete skeleton of an individual rose during the project “Digital Museum”, when paleontological discoveries of a lion from the Slovak Museum of Nature Protection and Speleology in Liptovský Mikuláš were scanned.

“The museum in Blansko showed an interest in having a model to use as an exhibit based on the digitalization of the skeleton,” said Stanislav Mičev, director of Museum SNP, as quoted by SITA. It is a novelty within exhibition management, he added. 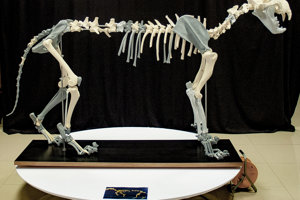 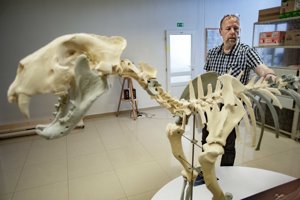 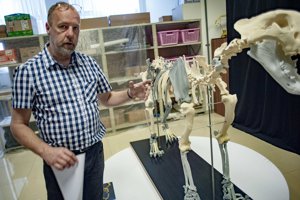