His party argues that “the time is ripe for a member of an ethnic minority to run for president”. Political analysts see it as Most-Híd’s effort to draw attention before the general election. 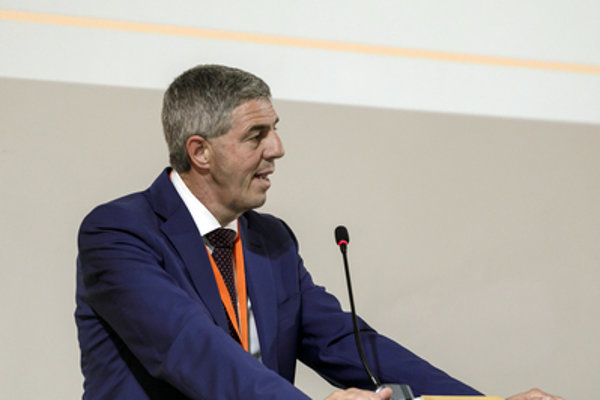 The chairman of the Most-Híd coalition member, Béla Bugár, currently serving as parliament’s deputy speaker, will run for president of Slovakia in the election due to be held in the spring of 2019, the party congress decided unanimously on June 9.

Most-Híd’s vice-chair, László Solymos, announced the party’s decision at a press conference, saying that the time is ripe to see a member of an ethnic minority running for the country’s top political post.

“Béla Bugár represents the values of cooperation, tolerance and the ability to reach a compromise, which are all in short supply these days,” Solymos said, as quoted by the TASR newswire.

Bugár, for his part, stated that he made the decision after thorough consideration and discussions with those closest to him and he announced that if he is elected, his main goal as a “person able to stand above disputes” would be to contribute towards reducing the tension and polarisation in society. He noted that he plans to be a president for all the people in Slovakia, regardless of their age, social class, success, residence, etc.

Outlining his overall approach in politics if elected, Bugár said that the president should be a “partner and helper not an activist and opponent at any cost, regardless of what government emerges as the result of the people’s will expressed in a general election, while this would still need to be respected by the president”.

Experts and his former colleagues see his bid as an effort to halt the falling popularity of the party, the Sme daily wrote, adding that Bugár’s chances in the presidential race are weak.

It seems that his bid in the 2019 presidential election is motivated instead by the wish to advertise his party prior to the 2020 general election, political analyst Juraj Marušiak told TASR.

Slovaks would have a problem electing a Hungarian as their head of state, said sociologist Martin Slosiarik, as cited by Sme. Bugár is acceptable to voters of other parties but they would prefer candidates of the parties they usually vote for in the presidential elections, he added.

“Bugár is a matador of politics but recently he has become a pragmatist,” political scientist Grigorij Mesežnikov told Sme, adding that he has also abandoned the values he had stuck to so firmly in the past.

Bugár strives for the image of a conciliatory man and as a member of the current government, he speaks about himself repeatedly as a mediator, Sme wrote. Nevertheless, his presidential candidacy may be aimed at testing his party before the parliamentary elections, or else the reason for his candidacy is to compete with the ethnic-Hungarian Party of Hungarian Community (SMK) that has confirmed that they will definitely field their own candidate, the daily reported on June 11.

Profile of the candidate

In the 1990s, he gained a reputation for being a fighter against the mafia, as well as a proponent of ideals like integration into the European Union, democracy and minority rights from the point of view of standards, Mesežnikov notes, adding that these values have now faded and have been superceded by the effort to stay in the Smer-SNS-Most-Híd coalition cabinet. He is distinguished as one of the longest serving politicians on the Slovak political scene, according to Sme.

His long-time party colleague Zsolt Simon who left Most-Híd after it entered the coalition with Smer, thinks that many voters were angered by this and the current presidential bid is an attempt to save the popularity and preferences of the party.