Mlynica is an excellent example of successful conversion of unused industrial building. 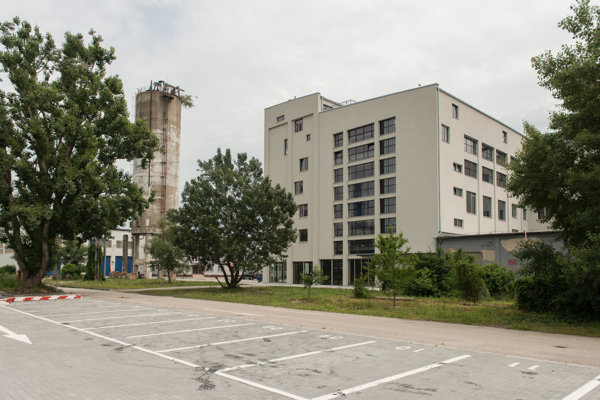 In the last few years, Bratislava has lost much of its industrial past. Several old factories like Kablo and Gumon have disappeared, leaving only empty plots gradually filled in by new developments. The protected former thermal power plant designed by the prominent Slovak architect Dušan Jurkovič or the last, also protected, remains of the former thread factory and Stein brewery avoided the sad fate of being pulled down, but they find themselves in the midst of new large-scale developers’ projects.

Not all developers, however, want only to pull down old buildings and replace them with new ones. Some see an old unusual beauty in the old industrial buildings and opt for their conversion to another kind of usage. An example of such an approach is the Mlynica project in Bratislava’s borough of Nové Mesto, rebuilt into a multi-purpose building. The fact that all six lofts are already sold and only one office space is available for acquisition proves that it is a successful project. 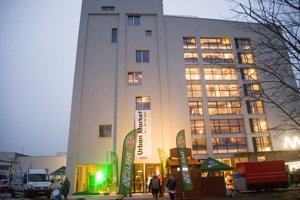 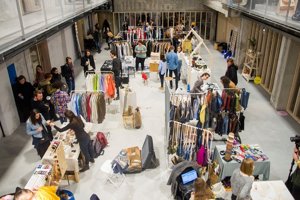 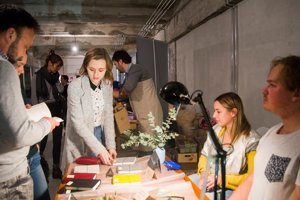 Oto Bortlík, a partner and manager of the Slovak-Austrian construction company Ise, who is behind the project, knew about the abandoned premises of the company producing construction materials for years. The building caught his interest even though it was in a disastrous state and did not have any romantic elements of historical industrial architecture.

“It was a forgotten dead zone of nobody and nothing,” says Bortlík.

When he stopped again in 2015, he said it was time to do something about it. He believed that old industrial buildings do not necessarily have to remain abandoned and falling apart or be demolished. They only demand a sensitive approach during re-building, for which they are rewarded with subsequent uniqueness.

He bought the building and addressed architects from the GutGut architectural studio.

“The investor’s basic idea was to create something other than traditional administrative architecture and to preserve the spirit of the industrial building,” said Lukáš Kordík, one of the architects who worked on the conversion of the building.

Originally, Mlynica produced construction mixtures. The building dates back to the 1960s and was in operation until the 1990s. As such, it does not have a great architectural value and it is not protected as a landmark.

“Somehow it freed us up,” said Kordík. “On the other hand, when there is greater freedom, the task is harder. We have to choose what approach to take, what direction to go and how far we can go.” 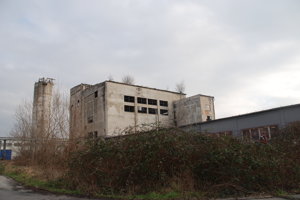 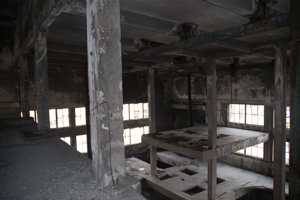 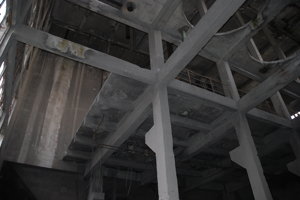 The intention was to keep as much as possible from the original building and not interfere with its very core, at the same time using its potential by inserting new levels, spaces and bridges. They shared the opinion with the investor that sometimes less is more. The result is a moderate usage of the space the building offered and a clear strategy to make the new, additional layers readable and distinct from the original one.

The proportions of the functions, with which they filled the building resulted from the city’s master plan. They wanted to avoid the delays and red tape they would have definitely coped with if they had asked for a change.

Today, the building is multifunctional. On the ground floor there is a generous space designed for holding social and cultural events. The other floors are filled with non-traditional office spaces and there are lofts on the two top floors.