The decline was slowest in five years in May, with analyst suggesting that cyclical recovery is coming to an end. 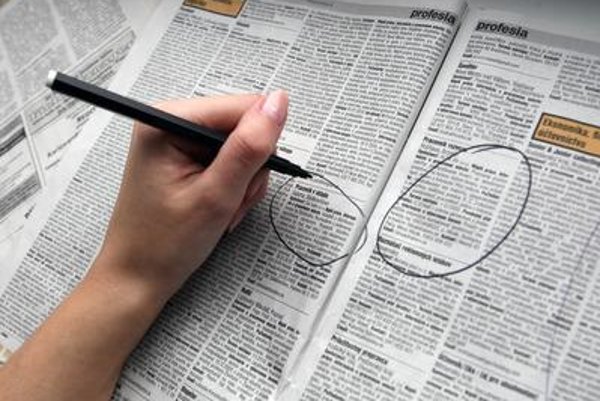 The unemployment rate in Slovakia in May stood at 5.37 percent, down 0.05 percentage points (p.p.) month-on-month and 1.98 p.p. year-on-year, according to the latest data released by the Labour, Social Affairs and the Family Centre (ÚPSVaR) .

The number of jobseekers immediately able to take a job was 148,090 in May, a decrease of 1,521 individuals m-o-m and of 52,301 individuals y-o-y, ÚPSVaR general director Marián Valentovič told the TASR newswire on June 15.

“Regarding jobseekers from disadvantaged groups, we can see a drop in all of the categories, except one,” Valentovič told TASR. “As we’re assessing the month of May, we can see an 'influx' of university graduates, representing an increase in the number of jobseekers up to 29 years of age by 758 individuals m-o-m. In the (disadvantaged) category above 50, we recorded a m-o-m drop of 905 individuals. Regarding the long-term unemployed, we recorded an m-o-m decrease of as many as 2,366 people.”

The decline in the unemployment rate has come to an almost total halt, wrote Ľubomír Koršňák, macroeconomic analyst of the UniCredit Bank Czech Republic and Slovakia. He pointed out that the seasonally adjusted, UniCredit Bank calculation for disposable unemployment rate decreased a mere 0.03 pp to 5.43 percent – the slowest decline m-o-m in the last five years. Also the y-o-y fall was smaller in May – 55,000 (1.98 pp), compared to around 70,00 at the break of the years.

The reasons include, according to Koršňák, the gradual decline in fresh graduates registering as unemployed (since they start working immediately, or even during their studies), the demographically-caused lower number of graduates, the strong labour market absorbing many of them – but this May, this effect was weaker. The labour market has hit its limits, the analyst opines, arguing that apart from job offers and demands geographically unaligned, the natural economic development will see the economy coming close to its cyclical climax, with the demand for labour weakening naturally (the only exception being the strong automotive industry.)

The outlook is not all too pessimistic, since the growing economy should still be able to generate new jobs. However, it has slowly started to show signs of a cyclical climax, and so the demand for new workers is expected to decline as well, according to Koršňák. Although the employment growth is to continue, it will be slower than in the past years. The Labour market will have to face structural problems, including the import of labour from abroad – or withdrawal from Slovak investments altogether, in the worse case.