The Slovak who once coached members of the Icelandic football team comments on the national habit of always thinking positively. 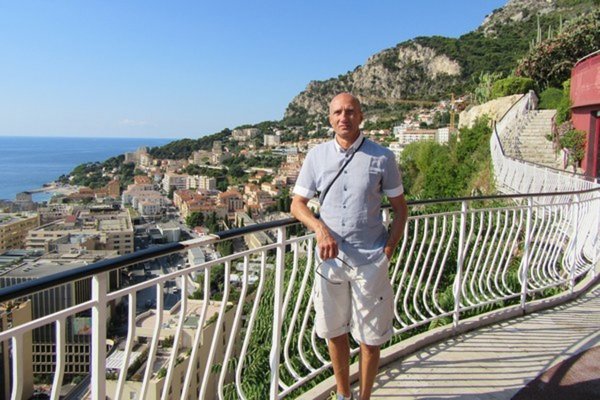 Pavol Kretovič has worked in Iceland as a player and coach since the 1990s. (Source: Courtesy of PK)
Font size:A-|A+10

In the 1990s, at the end of his playing career, Pavol Kretovič transferred from Slovak Lokomotíva Košice to the Icelandic team of Breidablik and he has remained in the country since. As the coach of young football players, he helped train several of the current national team members.

Sme: Is it true that half of the people in Iceland believe in elves and trolls?

Pavol Kretovič (PK): Elves and trolls are part of Icelandic folklore. There is a whole science surrounding this but I have never met any.

Sme: In their first match at the 2018 World Cup, Iceland were the masters of Argentina and their biggest star, Lionel Messi. How do you feel about this?

PK: Of course I was surprised by it. I knew that Iceland was playing well, with a well-organised defence, but I did not imagine that they could draw with Argentina. In the second game against Nigeria they failed, but this was to be expected. Nigeria is a physically fit, fast and technically well-equipped rival. It will not be an easy game against Croatia either, even though they may not send their best line-up. (Iceland lost 1:2, ed note.) But hope is still alive…

The biography of Pavol Kretovič:

Born on October 24, 1956, in Košice, currently living in Reykjavik.

He played for the ZŤS Košice, Trebišov and Lokomotíva Košice clubs and with the coach of the Slovak national team, Ján Kozák.

At the end of his playing career, he transferred from Lokomotíva to first-league Icelandic club Breidablik in 1991.

He ended his active career in 1994 and then started to coach youth teams.

Sme: What was the reaction in Iceland to the match against Argentina?

PK: The whole country was on the alert. The weather was not good for us – it was raining. Despite this, many people watched the match on big screens placed at several sites in Reykjavik. After the match, there were long celebrations and it is topic No 1 everywhere.

Sme: The match against Argentina was watched by 99.6 percent of people in Iceland who had their TV sets on. What does football mean for Iceland?

PK: On the day of the match against Nigeria, most companies, banks and offices let their employees leave early so they could watch the game. Currently, the dress code is the national jersey. This just goes to show how much people get immersed in football here.

Both men's and women's football are very popular sports and the vast majority of children play it actively (every tenth Icelander is a registered football player, ed. note). The 2016 European Championship in France made football even more visible and popular.

Sme: What is behind the success of Icelandic football?

PK: In recent years, many artificial, heated stadiums have been built. They also have indoor football halls. In the capital, Reykjavik, three such arenas are available for year-round training. Almost every elementary school has a small football playground with an artificial lawn and barriers. Talent leaves young for good-quality clubs abroad, and there, they get the opportunity to improve.

Sme: What inspiration should young Slovaks draw from the Icelanders?