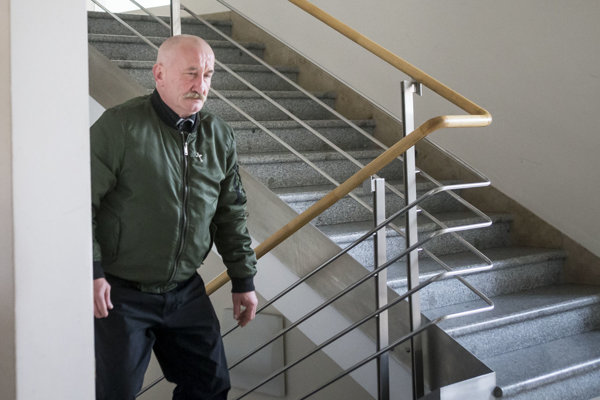 MP Stanislav Mizík is innocent, since the sole judge of the Specialised Criminal Court (ŠTS) in Pezinok acquitted him on July 4. He was charged with defamation, due to a status on the Facebook social network attributed to his name.

Judge: The status could not be ascribed to Mizík

The judge opined that it has not been proven that the status was written by the MP. The prosecutor immediately appealed the verdict; and thus, the case – opened on May 24 – will proceed to the Supreme Court. Mizík will not appeal, the Sme daily wrote on July 4. He refused to comment on the verdict before it becomes effective.

None of the witnesses confirmed that the defendant had stated to be the author of the text,” the judge argued, adding that the only relevant proof was notes written by the MP and found in his office during a search. The court did not consider the notes to be extremist by their character; nor did the judge know when they were written – as they were found only later.

As for the status, he said it is not known who placed it on the social network, who published it and on whose initiative. “There are other possibilities, too, than that of the defendant doing it himself,” the judge stated, and said that he was not sure that Mizík made the status and published it. “The prosecution failed to prove that he committed the deed stated in the lawsuit,” he explained, as cited by Sme.

The MP of the extremist opposition party, ĽSNS, posted a status on the Facebook site, criticising the laureates of the award given by President Andrej Kiska, on the 24th anniversary of establishing an independent Slovakia, for their Jewish origin or faith. The prosecutor charged him with crimes of producing and spreading extremist materials and of the misdemeanour of defaming the nation, race and belief. He asked for a conditional sentence in the lower possible scale and for probation. After the verdict was pronounced, he expressed dissatisfaction. “We tried to protect the honour of members of the Jewish community in Slovakia, and we failed,” the prosecutor commented. He added that he was sure it was Mizík who both authored and published the status on the internet.

Mizík claims it was not him who either wrote or published it. His lawyer added that the verdict is lawful.

The prosecution’s witness, Rudolf Steigauf – rightfully sentenced in 2017 to two years on condition for inciting the limiting of rights, national, racial and ethnic hatred – confirmed for the court a month ago that it was him who administered the site until 2013, or rather 2014, based on the request of the defendant, Stanislav Mizík.

”But since then, I have nothing to do with this site,” he claimed, as quoted by Sme. “It was meant to serve for presenting views. It worked in a way that Stanislav Mizík asked me to publish a text, and I didn’t know of any other people placing statuses there.”