President Kiska at Pohoda: Slovakia is a mafia state 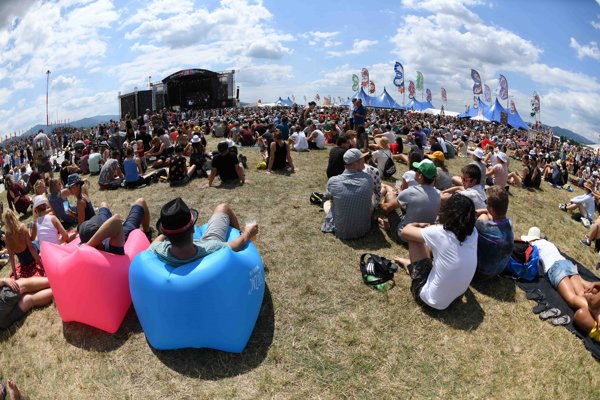 The last day of Pohoda 2018 started with sunny weather that lured visitors from their tents early in the morning after a rainy and windy night. The first concert of the day was given by the Czechoslovak Philharmonic Orchestra. It started with the national anthems of both countries, in commemoration of the upcoming 100th birthday of Czechoslovakia.

During the day, for many Slovaks, there was an interesting debate featuring Jozef Kuciak and Zlatica Kušnírová, the parents of the murdered Ján Kuciak and Martina Kušnírová. The crowd welcomed them with a long, standing ovation.

“We are told to forgive but first I want to know who I should forgive and why,” said Jozef Kuciak. Every statement he and Zlatica Kušnírová made provoked big applause.

At the end of debate, President Andrej Kiska was invited to the stage. He hugged both parents.

“Their tragedy should galvanise us into motion to show that we won’t give away our Slovakia,” said the President, provoking huge applause as well.

One hour later, after a private discussion with the bereaved, he stood on the stage again as part of a discussion with Štefan Hríb, editor-in-chief of the Týždeň weekly. Hríb asked him whether Slovakia has become a mafia state.

“We have to say the truth. Slovakia is a mafia state. The murder of two young, innocent people showed us that,” he stated.

A song dedicated to Kuciak and Kušnírová was performed by the Kronos Quartet before midnight.

“Everything we do is done for personal reasons,” explained David Harrington, one of the members of the quartet who also lost his son. The song dedicated to Kuciak and Kušnírová was written by Slovak composer Miroslav Tóth. As Harrington noted, it was the first time that they had played something Slovak.

The night stage belonged to Rodriguez, known from the Oscar-winning film Searching for a Sugar Man. This fragile-looking man caught the attention of the crowd with his energic performance. Other headliners for the night were La Femme, LP and Calexico.

The Icelandic band GusGus started the party after midnight on one stage, while the Slovak band Wilderness performed with Sasha Klokova from Pussy Riot on the other. 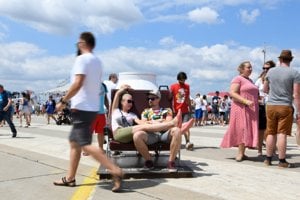 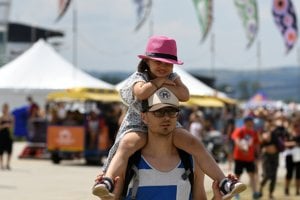 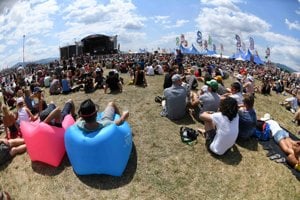