I will always hold you tight. Martin has a new mural

The historical central-Slovak town received a gift for the Czechoslovak centenary. Take a look at the murals in the streets of Martin, Bratislava, and Košice. 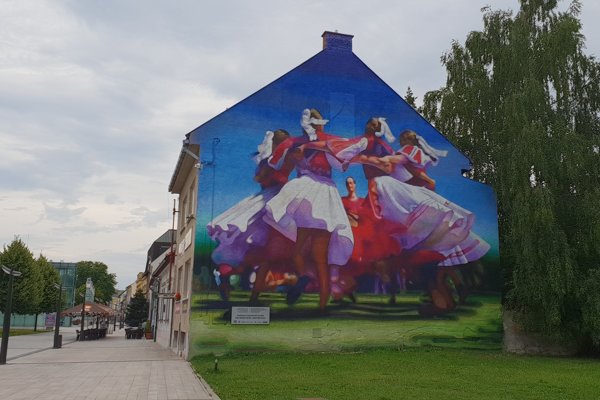 The facade of Hotel Kyjev on Kamenné Square turned into the biggest piece of street art in Slovakia only recently. The hotel was dilapidated and awaiting reconstruction. Lousy Auber took a chance to make a piece of art out of it, provoking both positive and negative reactions.

Even though murals, artwork painted or applied directly on a large permanent surface, are quite popular abroad and could be found in any bigger city, in Slovakia people are not used to see giant paintings on buildings. In fact, only three Slovak towns and cities have at least one mural - Bratislava, Košice and most recently – Martin.

In Bratislava, Hotel Kyjev is not the only street art on Kamenné Square. Thanks to the Bratislava Street Art Festival, which took place for the eighth time this year, some walls of the local buildings are covered with colourful murals. This year, artists also made use of the space for painting on Jakubovo Square, a short walk off the central Kamenne Square. 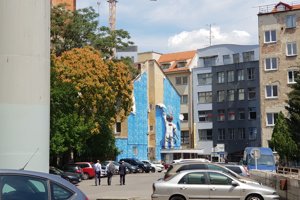 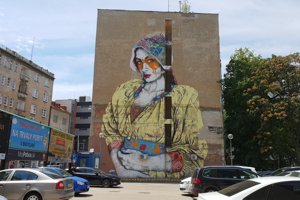 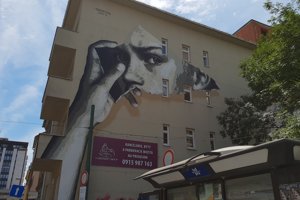 In Martin, the central pedestrian area now features a mural called Kruh (Circle), depicting women in folk costumes dancing in a circle. The 200-square metre painting was made to mark the upcoming Czechoslovak centenary.

The mural artist, Juraj Ďuriš, was inspired from folk photography and he used a spraying technique when applying the motif on the building. At first look, the folk motif and technique originating from graffiti art seem to be incompatible, Ďuriš noted.

“It is a good example of how the new can enrich the old and other way round,” he told The Slovak Spectator.