The Iris senior home should have been closed down long ago

The senior home in downtown Bratislava had financial problems, failing to receive a state subsidy; but only recent publicity revealed that instead of qualified emplyees, a cook and a cleaning lady treated the clients with medicaments. 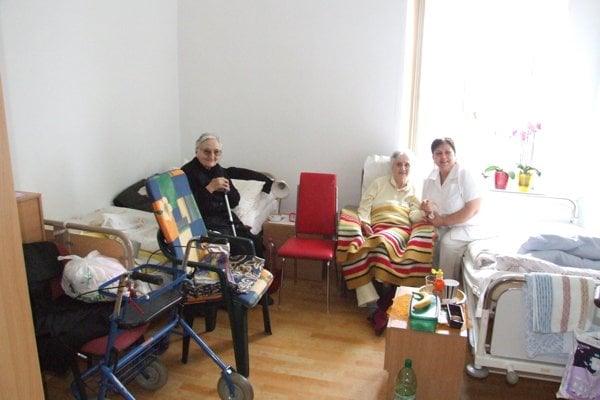 Several state institutions knew about the private senior home Iris on Heydukova Street in Bratislava, and about its problems, the Pravda daily wrote on July 10. The Labour Ministry performed an audit at the home, between February and April of this year. It found several flaws in financing and requested a reimbursement of €70,000. This year, the centre did not even receive a subsidy, which would have either forced it to increase the fees to be paid by the clients’ relatives, or close down.

The decision to maintain the operation of the nursing home for seniors may have led, according to insiders in social care, to resignations or layoffs of qualified staff and hiring less qualified employees.

A more serious problem – possibly connected to the financial situation, however – surfaced recently. Clients of Iris were receiving psychiatric medicaments, antibiotics and injections from a cook – a man aged 54 and identified as Ivan B. – who pretended to be a doctor; and from a cleaning lady, a mere 18 years of age and identified as Vanessa P., who pretended to be a nurse. Last week, they were detained by police and taken into pre-trial custody.

Since many died in the senior home last year (while 24 were sent to other facilities after it was closed recently), they are now being investigated for negligent care and other misdemeanours and crimes, but if the deaths can be investigated more in detail, they may even face charges of murder.

The Labour Ministry as the body that offers subsidies is responsible for the use of finances. The Ministry carried out an audit earlier this year, finding flaws and requiring a reimbursement of part of the granted resources.

The Bratislava Region claims it is “only the registration body, obliged to register all social homes that fulfil the legal conditions and has no powers to check on their operation."

The food and hygiene are overseen by the Public Health Office, medical treatment by the Health Care Surveillance Authority. The latter has received three motions – one anonymous, one from labour Ministry and one from the National Labour Inspectorate in Košice. They lacked necessary details, like the names of the clients involved and the period in which the wrongdoings allegedly occurred, and thus it failed to react, Pravda wrote.

The facility is currently closed and its 24 clients have been moved to other senior homes. The head of the facility has taken days off and refuses to communicate. The two employees, who without relevant education administered drugs to the clients, have been detained, awaiting trial.

More recently, another issue has been broached: where did the two employees, who lacked competence and qualification, procure the prescription drugs they treated the clients with? There are several options that must be checked, Pravda sums up.

Dobrotková opined for the daily that the senior home struggled with finances and the scandal could open a society-wide and political discussion on how to secure finances for social services home, and how to form a single body responsible for their operation.