Our union is based on joint enlightenment values

France and Slovakia: a centennial union serving the revival of Europe through the path of law and values 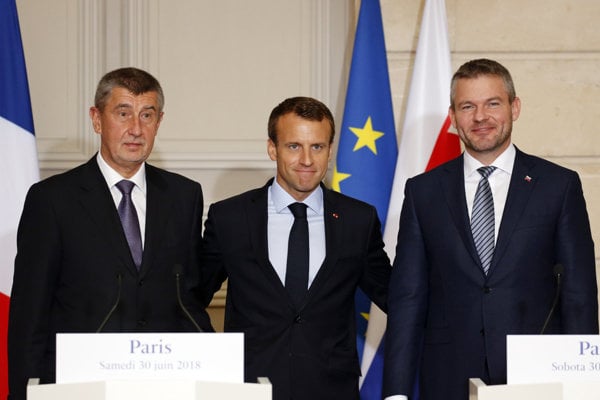 Christophe Léonzi is the French Ambassador to Slovakia

These times are uncertain. The globalised world has to face key challenges in security, and war threats are more pressing: terrorism, nuclear arms proliferation, use of chemical weapons, huge destabilisation of Ukraine leading to the annexation of Crimea, turbulence caused by climatic changes, and increasing extremism and fanaticism. Drastic, cynical, unilateral, short-lived and hasty strategies undermine the multilateral order and institutions installed after World War II. The unstable opportunist coalitions, nationalist isolation, and balance of power make it impossible to embark on the path of law, and threaten international regulation and alliance of values.

The European Union, which is more than ever a flagship of the multilateral order, has not been spared, either; its unity, fundamental of laws and values, as well as its ability to make decisions and have an impact have been affected. Europeans have enormous responsibility to face these challenges. The EU has to revive itself, to make the protective, regulated and human model of globalisation more personal, and to fight for universal values and laws.

The legacy of Czechoslovakia

In this context, the French President and prime ministers of governments of the Slovak and Czech Republic commemorated on June 30 a hundred years since France acknowledged the Czechoslovak National Council, founded by M.R. Štefánik, T.G. Masaryk and Edvard Beneš. The European integration was reached with considerable awareness and appropriation of our common history, legacy, our long journey and joint fate. This is the true message of the centenary of the first Czechoslovak Republic, the democratic and liberal state that defended international order against growing fascism.