"Responsible government must reform. If we want better health care in a few years, we must start today," says PM. 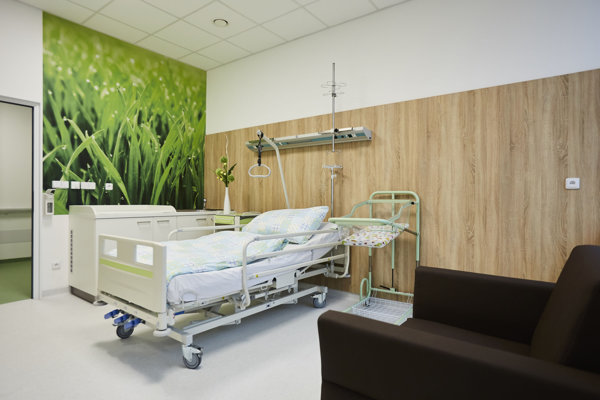 New plans for hospitals will be realised over the next 12 years, announced Health Minister Andrea Kalavská, Prime Minister Peter Pellegrini and the representatives of all three health insurers at the July 13 press conference.

In Slovakia, there are 139 facilities and institutes (both state and private), which according to the new plans will be divided up into three categories. The first type will offer general health care; the second, including teaching and university hospitals, will offer specialised care and the third type will be the highly specialised institutes offering services for conditions such as cardio-vascular disease and oncology, the Pravda daily reported.

The time of hospitalisation, which is currently around 8.3 days will be reduced to bring it more in line with the European average of 6.5 days.

Another goal is to reduce the number of acute beds, freeing up beds for those with chronic illness, the daily suggested. Moreover, home care will be strengthened.

Pellegrini told journalists that he had asked the deans of the medical faculties in Bratislava, Martin, and Košice to additionally admit 185 new medical students.

“They will base their selection on admission exams and interviews that have already taken place,” he explained, as quoted by the SITA newswire, “and will admit further applicants who want to study medicine but who due to the available spaces, could not be admitted. So 185 applicants who want to study medicine may have a chance even as early as September to begin their studies at our faculties.”

This step will require an additional €2 million. As the prime minister noted, he had already discussed the measure with Finance Minister Peter Kažimír who was willing to release the required resources. Pellegrini also assured that those admitted will be high-quality students who were refused admittance purely on the grounds of lack of capacity.

“We want to take better care of the patient,” Kalavská noted for Pravda, adding that they will follow up the rate of success of hospital-treated patients.

The CEO of the state health insurer, Všeobecná zdravotná poisťovňa (VšZP) Miroslav Kočan added that the specific details of the plans will be introduced gradually, with the first ones being put in place next year.

“Next year, we plan to spend almost €4.9 billion on health care but not everyone is happy with the services and their quality,” Pellegrini said, as cited by Pravda, adding that the current state of things is not sustainable in the long term. “This concept offers a vision of Slovak health care that should fulfil the need for hospital beds by 2030.”

What are the problems facing Slovakia?

The Institute of Health Policy (IZP), running under the Health Ministry, which cooperated with the government in the concept of improving and re-profiling hospitals explained that in Slovakia there is low effectiveness and value for money for patients.

The President of the Association for the Protection of Patients’ Rights, Mária Lévyová, notes that if the availability of hospitals and beds for patients is preserved, she sees the increased amount of money to be spent per bed as a chance to modernise hospitals and their environments, as well as to improve the staff to patient ratio – and thus communication with patients. Lévoyová and her association see long-term care (for seniors and chronic illnesses) as crucial to overall health care, and an area where there is an urgent need for improvement.

The concept is the joint work of the IZP, the Association of Health Insurers, and health insurers themselves.