Trump plays with the world like a spoiled child

The White House is now broadcasting its most spectacular soap opera, beating and overcoming those of sundry leaders from different continents and different times. 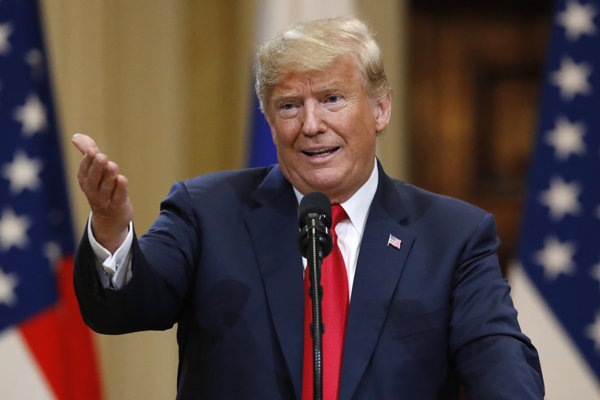 Donald Trump makes do with a limited number of phrases. Heuses them when questions get too complicated or the situation is beyond his comprehension. Some phrases he repeats like a chorus from those silly songs that people mechanically murmur when focusing on an activity, like standing in the shower or posing in front of a mirror.

Superlatives no longer foment emotions, because he is using them everywhere. Everything he touches ishuge,tremendous, amazing, classy and terrific. His political meetings, regardless of their real outcome, are described astremendously successfuland people who applaud him areincredible men and women.

When he is expected to describe how he would solve a problem, Trump often replies:we are going to take care of it, or simplywe will see. If there is a seed of doubt in anyone, he throws in the phraseit is going to be good for Americato the masses, adding the ever ensuring “believe me”.

It is fake newsis his universal response to journalist questions that dig into his wrong decisions, insults from partners or opponents, incompetence or forthright stupidity. Then he adds:everybody knows it didn’t happen.

Trump’s phrases are empty tanks that everyone can fill with whatever meaning they desire. Especially those who wish to believe that Trump conquered a rotten “system” and has brought new values to politics. For people. Without complicated diplomatic ornaments. Without political theses that regular people cannot comprehend. They hold all these beliefs, regardless of the reality of the world around them.