The US ambassador and members of other foreign missions in Slovakia celebrated the anniversary of co-founder of Czechoslovakia, M.R. Štefánik. 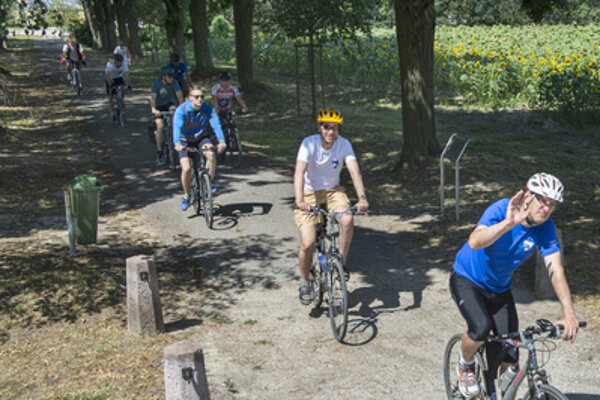 US Ambassador to Slovakia Adam Sterling together with ambassadors of other diplomatic missions in Slovakia on July 20 set out for a cycling tour to the monument of Milan Rastislav Štefánik in Ivanka pri Dunaji on the occasion of his birth (July 21, 1880).

Štefánik is a great Slovak example of someone who had the courage to be free and to create a state for Czechs and Slovaks, Adam Sterling said, as quoted by the Plus Jeden Deň (PJD) daily. 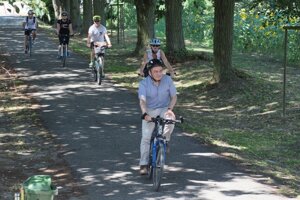 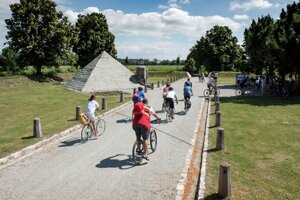 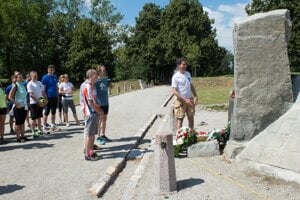 Visit to the monument of M.R. Štefánik in Ivanka pri Dunaji (3 photos)

The bicycle tour is one of several events involving the US Embassy to celebrate the 100th year of common relationship with Czechs and Slovaks and 25 years of an independent Slovakia. Sterling added that the anniversary is celebrated by his embassy through stories on the courage to be free – both American and Slovak, and that Štefánik is an excellent Slovak example of a person who showed the courage to be free.

“He is a great national hero,” Ambassador Sterling noted, as quoted by PJD.

Štefánik died young (on May 4th, 1919) in a plane crash close to Ivanka. The local airport, serving the capital of Bratislava, bears his name.

Other celebrations marking Štefánik’s birthday took place in his birthplace Košariská, the Pravda daily wrote, where scenic re-enactments of some crucial moments of his life were presented in the renovated M.R. Štefánik Museum.