Only two Slovak cities are expected to have more inhabitants in 2035 than they have now. What are the reasons behind the dropping numbers of inhabitants? 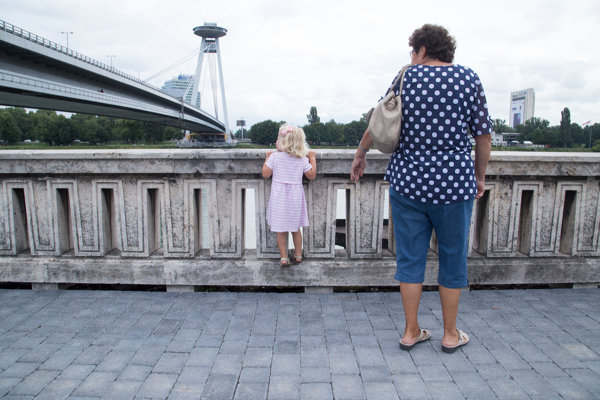 The traffic jams in the morning and afternoon in Bratislava show just how many people prefer living in smaller villages outside the rush of the capital.

Slovakia is not a country of large cities. In fact, only a few of them have more than 100,000 citizens. A recent research has shown that the numbers are not likely to go upwards in the future - quite the contrary.

The research was conducted by the Department of Human Geography and Demography of Comenius University's Faculty of Natural Sciences and the Demographic Research Centre running under Infostat. Researchers focused on 11 Slovak cities and towns – Bratislava, Trnava, Nitra, Trenčín, Žilina, Martin, Prievidza, Banská Bystrica, Poprad, Prešov and Košice. Their prognosis was focused on data until 2035.

The research project also involved a mini-questionnaire among their friends and relatives, asking about the number of citizens in various towns of Slovakia. Their answers were surprising.

“They overvalued the numbers of citizens,” the authors wrote in the introduction to the study. The numbers they stated seem to be correct decades ago. But the reality is different - Slovak towns are growing smaller.

The study shows that there are several reasons such a development. One of them is suburbanization, which means people moving to the outskirts of towns. It was unknown to socialist cities, but spread all over Slovakia very soon after the 1989 revolution. Suburbanisation changes the faces of towns, together with ageing and decreasing fertility, the authors of the study wrote.

The demographic development of the biggest towns mirrors trends typical for the transformation of a former eastern bloc country that relates to a significant change in family and reproductive behaviour, says the study.

“Fertility is currently only higher in the capital than in the whole country,” said the demographer Branislav Bleha from Comenius University.