Hungarian firms investigated by EU’s anti-fraud office try to do business in Slovakia. 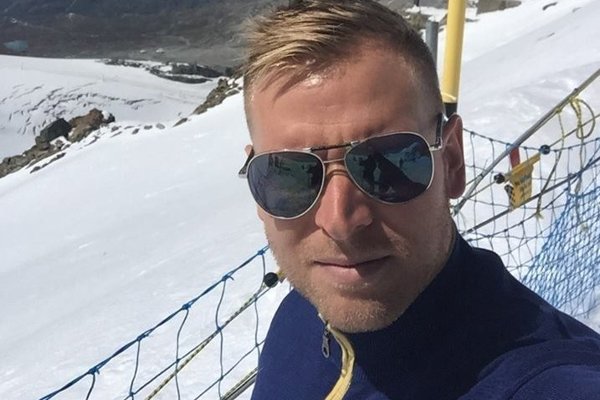 Municipalities launched a tender for public lighting but their award conditions were so demanding that in the end one specific firm won almost everything. This fraud scheme that occurred years ago in Hungary has entered Slovakia as Hungarian oligarchs expand their business here.

It is a system of organized fraud created by firms around Hungarian Prime Minister Viktor Orbán's son-in-law István Tiborcz, according to the leaked report of the European Anti-Fraud Office (OLAF). 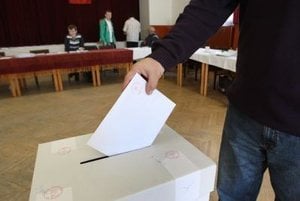 Read also: Who will come to power if the corruption issues dominate Read more

Tiborcz's company, Elios, made such a profit on dubious public tenders in Hungary that it was able to expand its business abroad.

The Slovak Spectator and the SME daily found four firms personally and financially connected to Hungarian firms participating in alleged scams in Hungary. Some of those firms use similar practices to win Slovak tenders for public lighting as their Hungarian parent companies.

“It is not an accident that OLAF uses the term “criminal group” in its report,” wrote Hungarian journalist Ildikó Kovács who has copy of the OLAF report and wrote about it for the news website 24.hu.

Elios won its first three public tenders in 2009 a year before Orbán came to power the second time. The company later vastly used its know-how in tenders from 2012 to 2014. At that time, municipalities were purchasing modern LED lights from Eurofunds, seeking more efficient lights that would also save money on energy.

During this period, the company won 39 tenders for the modernization of lighting in various municipalities. Investigative reporters from the direkt36.hu news website published a large report in 2015 showing that Elios’ lights are overpriced by hundreds of euros compared to the same lights directly from the vendor.

Other revelations arose. Elios's net profit was about 14 percent of the total amount of the contracts on average while its competitors earned only five percent on average in other public tenders. Therefore they were trying to find out how such an expensive company won in dozens of tenders.

It turned out that Elios was, in many cases, the only firm able to meet the strict criteria and sometimes it was the only company involved in the tender.

OLAF started to deal with Elios in 2014 and found that at least in 17 cases, Elios had directly organized fraud for procurement. OLAF subsequently recommended the Hungarian authorities to initiate criminal proceedings, which are still ongoing.

Some municipalities later even complained that the new Elios lighting was poor and turned out worse than the previous ones.

After all those discoveries, Orbán's son-in-law Tiborcz, withdrew and sold his share of Elios to his business partner and friend from secondary school, Endre Hamar, in 2015. After a number of scandals in its home country, the company started searching for new markets abroad at that time. Apart from Slovakia, Elios's daughter companies with similar names also appear in Serbia.

In Slovakia, Elios took advantage of the situation when then Minister of Economy, Pavol Pavlis of Smer, announced the call for the modernization of public lighting for municipalities in March 2015.

In its public release the ministry cited “the long-term need and the great interest of municipalities in the modernization of public lighting systems”.

Elios founded a branch with the name “Elios Slovakia” in 2015. The Slovak company was led by Marián Jelinek in the first months and later was replaced by businessman Marian Dostál.

One of the original co-owners of the Slovak Elios is another Slovak company, E-E-E LED Lighting, established a year earlier. This company is owned by the Slovaks Marian Dostál (31%), Gabriel Stanko (48%) and the Hungarian firm U Light (21%). 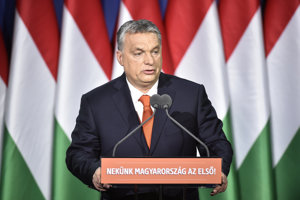 In the past Hungarian media suspected that U Light was Elios' fictitious competitor because this firm regularly appeared in the same tenders and mostly offered only a slightly higher price than Elios.

Another of these Hungarian companies close to Elios is Grep. It appeared to be both an opponent in some competitions and sometimes as a partner of Elios. The company also created a Slovak clone called Grep Slovakia in 2013 by renaming the company Vektor, based in Komárno, southwestern Slovakia.

The last company personally linked to Elios is Infralux. Infralux competed and won public lighting tenders in seven villages near Banská Bystrica. Those two companies are linked by Marina Jelinek.

In 2011, he became board chairman of the Spectrum Family and supervised the process of this company, founding its subsidiary Infralux in 2015. Like in the case of Elios Slovakia, Jelinek later withdrew from Infralux.

Jelinek has not responded to phone calls or SMSs.

How they earned money

Like Elios in Hungary, they additionally requested technical specifications for bulbs and their samples, and for failure to comply with the requirements they excluded the competing firms Progres HL and Alfex, which had been doing business in lighting for many years.

On the other hand, all the municipalities chose Infralux, founded only a month before they launched the tender. In addition to fines from the Public Procurement Office (ÚVO), NAKA began to review municipalities for machinations with euro-funds earlier this year.

The Slovak Spectator approached the mayors of all seven municipalities and they denied allegations of fraud. Some of them sued the state for fines imposed by ÚVO.

“What is not suspicious these days?” Hrochoť Mayor, Marian Mazúch, told The Slovak Spectator. “I don’t care about such things, I just needed lighting.”

At present, Infralux belongs to Dušan Kollár, who was a close associate and friend of the deceased Alexander Rezeš and Jozef Majský, facing trial for fraud in the non-banking companies Horizont and BMG.

Grep Slovakia won another two public lighting tenders. The first was organized by the village of Jelka for nearly €240,000 in 2014. Only the Czech company Eltodo, which has been doing business since 1991, competed with Grep but failed to meet Jelka’s criteria.

Jelka, for example, wanted the candidates to guarantee at least ten years of aftermarket warranty directly from the lighting manufacturer. ÚVO criticized the fined seven municipalities near Banská Bystrica for the same condition.

“The requirement for a ten-year warranty granted exclusively by the manufacturer is an unreasonable requirement that severely restricts competition and such a formulated requirement was not necessary,” reads the ÚVO’s decision in the case of Hrochoť.

Jelka’s Mayor, Imre Farkas, responded that he did not know Grep’s background and is pleased with the lighting. He promised to answer other questions by e-mail but has not sent it.

The second contract for €58,600 was won by Grep in 2014 in Búč. As no one else submitted a bid the company competed with itself. Búč’s Mayor, Ján Karkó, was on vacation and could not answer any questions.

Four companies connected to Elios, namely E-E LED Lighting, Grep Slovakia, Elios Slovakia and Infralux, are still active and, with the exception of Infralux, they are increasing sales and profits.