The junior coalition party wants the right to turn to court for failed visa seekers so that Slovak law complies with that of the EU. 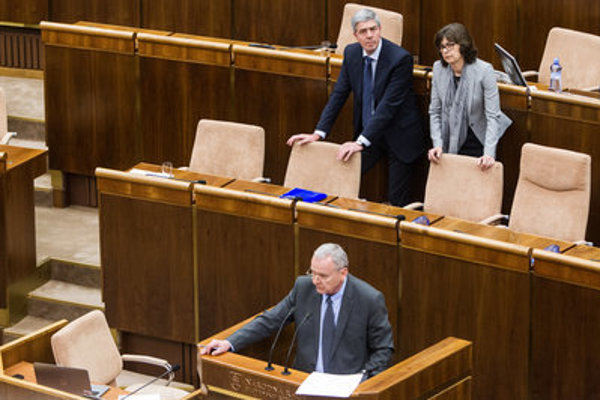 The Most-Híd party, the junior coalition partner (together with the ruling Smer and the Slovak national party-SNS) wants failed visa applicants to have the right to legal action.

Most-Híd MPs Peter Kresák, Peter Antal and Katarína Cséfalvayová have submitted the proposal slated for debate in parliament at the September session.

The provision in the law on foreigners that prevents failed applicants for a Schengen visa from turning to court should be removed, they opined, as quoted by the Sme daily. Their amendment seeks to harmonise Slovak legislation with the laws of the European Union.

The current law on the stay of foreigners stipulates that a Schengen visa is granted by a diplomatic mission or consular office of Slovakia located abroad, after a previous stance of the Interior Ministry. This ministry can also agree with the Foreign Ministry on some exemptions when the representation office can grant a Schengen visa even without the stance of the Interior Ministry.

A third-country citizen can appeal against a visa refusal – within 15 days from when the administrative body issued the decision. This appeal has no extension effect, however. The representative office can decide itself if it complies with the appeal, or – if it does not decide – send it to the Foreign Ministry within five days. Then, the ministry decides, according to TASR.

What the problem is...

Most-Híd points out that according to the Treaty on the European Union, members state are obliged to set sufficient tools for securing effective legal protection in spheres to which EU law applies. The decree on visa code puts the obligation on members states to enable visa applicants to file an appeal against refusal, abolishing or revoking a visa. The right of court appeal against refusal to grant visa was also confirmed by the EU Court of Justice on December 13, 2017 in the El Hassani case.

… and why the EC has launched legal proceedings

As it still does not apply in Slovakia, the European Commission has launched a proceeding against this country for failure to fulfil its duty – in February 2013. In May 2017, the EC filed a motion with the EUCJ in May 2017 against the Slovak Republic.

The amendment drafted by Most-Híd should thus scrap from the law the provision which has prevented, in Slovak legislation, courts from re-evaluating a decision on refusing a Schnegen visa application, TASR wrote.