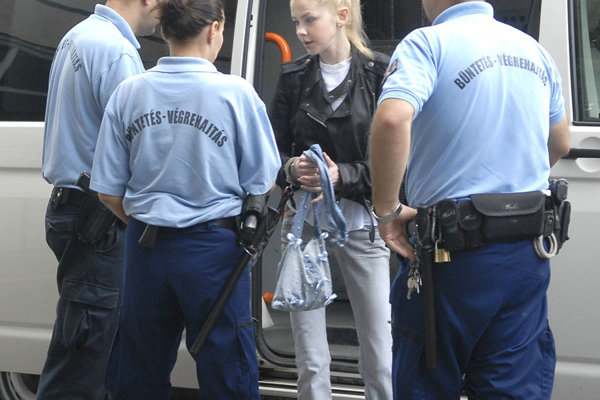 Slovak national Eva Varholíloková, who is the daughter of late steel industry tycoon Alexander Rezeš, was released on August 28 from a Budapest jail on probation after spending six years behind bars.

She was sentenced to nine years in jail over a traffic accident she caused – probably under the influence of alcohol – on a Hungarian highway in 2012, which claimed four lives, the TASR newswire wrote.

Varholíková asked a Budapest court for an early release on probation after serving two-thirds of her sentence. The court accommodated her request on July 17, taking into account that the convict displayed excellent behaviour, observed strict rules and had no conflict with other prisoners. She allegedly also maintained her fitness, good health and appropriate appearance, the Korzár Košice daily wrote.

What happened on the Hungarian road?

On August 21, 2012 at around 4:00, Varholíloková caused a road accident on the 44 kilometre Hungarian M3 highway towards Budapest. Speeding, she crashed her BMW X5 into the back of a Fiat Punto, which immediately caught on fire. Three people died on the spot, the fourth, a woman aged 54, who managed to escape from the burning car, died several days later in hospital.

The Hungarian police found 1.5 per mille alcohol in her blood but the woman from Košice claimed she drank after the accident to calm her nerves.

She was detained and tried for causing a fatal road accident under the influence of alcohol but not for threatening public traffic, as was originally suggested.

In December, Varholíková paid around five million forints (€17,140) to the family of the victims, as a contribution for the funeral. Those bereft announced that they would demand 40 million forints (€137,122) as damage compensation.

In 2013, police concluded the investigation and the Slovak woman was charged, tried at the beginning of August 2013, and sentenced under huge media interest.

She refused to testify and claimed her innocence in both cases. On November 22, 2013 the court found her guilty, thanks to the testimony of a truck driver who witnessed the accident, and sentenced her to six years in prison with a five-year ban on driving. 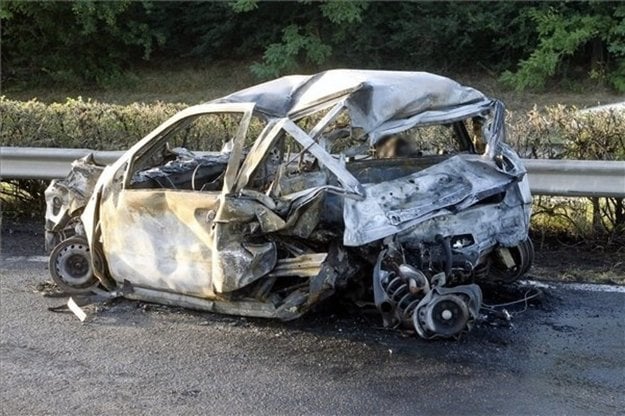 The Fiat Punto pushed out of the road by Varholíková and burnt down. (Source: Korzár)

In September 2014, the Appellate Court for Budapest and vicinity cancelled the original verdict and announced a new one, sentencing her to nine years in prison with an 8-year ban on driving. Varohlíková was allowed, however, to ask for conditional release after serving two-thirds of the sentence, which she did. As she belonged among impeccable prisoners, both Hungarian and Slovak media, which closely followed her case, expected her to be freed. In the six years, she learned perfect Hungarian (she spoke the language before to some extent), had no disciplinary sentence, and even worked for some time as a seamstress, Korzár Košice wrote.