Slovakia is lacking hundreds of teachers

Many graduates leave pedagogical faculties with no interest in finding a job in the schooling system. 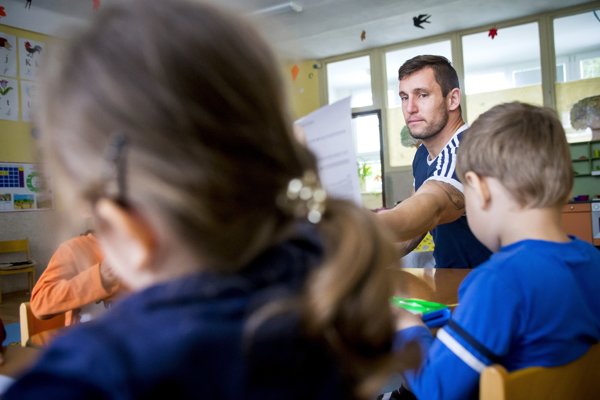 September begins in a few days and a new school year is around the corner. While many pupils and students are preparing to return to school desks, Slovak schools must deal with the lack of teachers.

Finding people eligible for pedagogical positions is becoming more and more difficult. Schools published about 3,000 vacancies this year on the edujobs.sk website that collects vacancies in the school system.

“The lack of teachers is mostly apparent in the Bratislava Region,” the press department of the Education Ministry told The Slovak Spectator.

Teachers with qualification in foreign languages or the IT field have the possibility of finding a better paid job outside the school system, the Ministry added.

The number of vacancies increased by 16 percent year-on-year. However, directors of schools often have a problem to find someone suitable for the position. New people are needed but interest in pedagogical positions has decreased. An analysis of edujobs.sk shows that the need for new teachers has significantly increased.

In comparison with this time in 2015, there are now four times the amount of positions on offer. The analysis also confirms that less people respond to the vacancies. About seven people responded to one position on average in this year, while in 2015 the number was double.

More and more institutions have to solve the problem with a lack of employees every year. The number of schools that published vacancies increased in the last three years by 159 percent.

The biggest problem is in Bratislava, since more than half the vacancies in education are located in the capital.