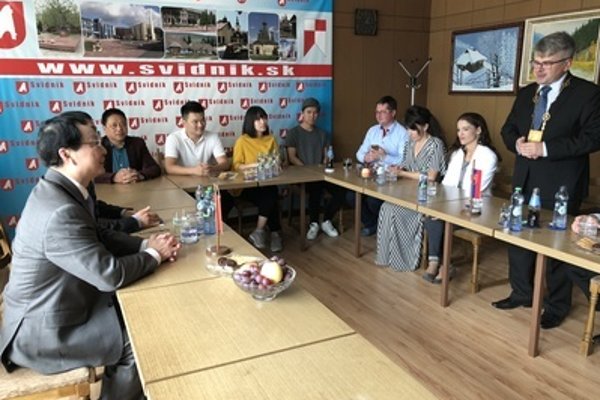 The Chinese investor Sensei Logistic plans to manufacture suitcases in Svidník (in Prešov Region), presenting its intent during the August 31 visit of Chinese Ambassador to Slovakia Lin Lin to the town with a population of 11,492.

“We’ve been running our business in Stará Ľubovňa for the second year, focusing on the production of suitcases,” said Jozef Bulko, director of Sensei Logistic, as quoted by TASR newswire. “When we found out that the demand is significant and the handling of component imports quite difficult, we decided to make an investment here, where we were provided with suitable premises.”

The company plans to employ approximately 15 people as early as this year.

“I expect the operation to be firing on all cylinders by the end of March, which means some 30 people,” Bulko addedm as quoted by TASR.

“I’m quite glad to see an investor from China here,” ambassador Lin Lin said at the meeting with town officials and company representatives, as quoted by TASR. “It’s the first tangible result of cooperation we have started together. Despite the fact that it's the first Chinese investment, I believe this is a good beginning and to be followed by other investors, even Chinese tourists.”