Suicide rate in Slovakia has declined

Statistics published on the World Suicide Prevention Day show that last year the number of suicides in the country fell, committed mostly by men and under the influence of alcohol or addictive drugs. 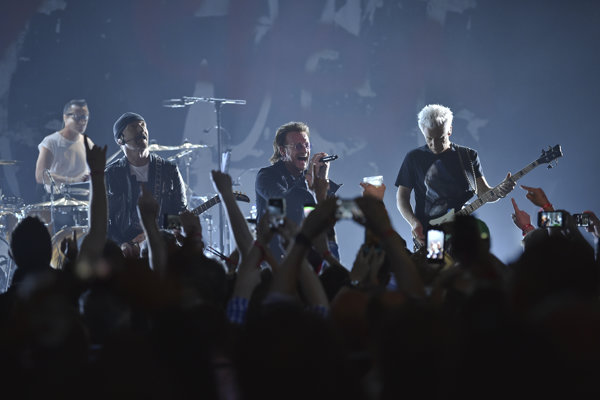 U2 paid tribute on June 11, 2018 to US celebrity chef Anthony Bourdain who committed suicide shortly before. (Source: AP/TASR)
Font size:A-|A+0

In 2017, the number of suicides in Slovakia decreased, according to the statistics of the National Health Information Centre (NCZI). Of the 506 people who died last year in this manner, 410 were men. People aged 50 to 59 committed suicide most frequently, the Sme daily wrote, citing the statistics.

Nearly half of the suicides were committed under the influence of alcohol or addictive substances.

Fighting at the level of families and communities

Three suicides of underage girls and 14 suicides of teenagers aged 15 to 19 appear in the survey – 13 of them boys.

“Although suicide ultimately involves an individual it is necessary for preventive measures to be directed not just to people at an individual level but at the level of families, communities and all society,” said Doctor Lukáš Migaľ on September 10, World Suicide Prevention Day, as quoted by the TASR newswire.

Suicide attempts were recorded among 841 people last year. From that, almost 40 percent were defined, according to NCZI, as ostentatious attempts, i.e. without a true intention of ending one’s life, while the motive for this behaviour was to draw the attention of people around toward unsolved issues.

“The big risk of these attempts is, however, that the person involved need not evaluate adequately the situation, and may really commit suicide,” Migaľ said, as quoted by TASR.

World Suicide Prevention Day commemorated every September 10 since 2003 is supported by the World Health Organization and International Association for Prevention of Suicides (IASP). The goal is to make an effort and adopt specific measures to prevent suicide by increasing public awareness on suicidal behaviour and by offering early and adequate treatment.