Rural tourism achieved record figures in the past year, with foreigners contributing. Wine is a popular commodity and motivation behind tourism. 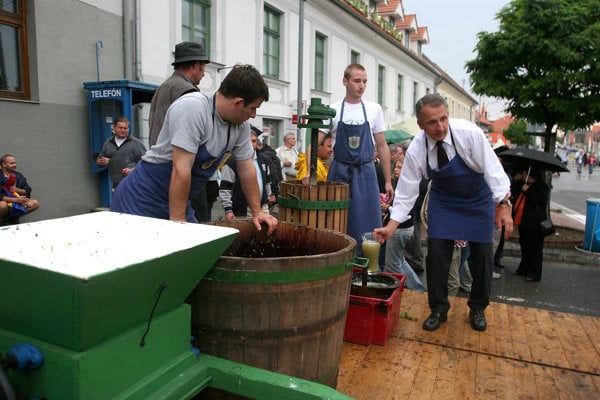 A calmer, less exciting form of spending a holiday has risen in popularity, the Hospodárske Noviny daily wrote on September 12. In 2017, well over 150,000 people visited the Slovak countryside, out of which 33,000 were foreigners. This makes it by far the best year in this sector, beating even the successful years of 2008 and 2016.

“The infrastructure in smaller towns and settlements is constantly improved and enhanced, and we also witness a better quality of services in this environment,” Marek Harbuľák, the president of the Slovak Tourism Association, told the daily.

In Slovakia, there are almost 3,000 settlements that have the potential to develop their own rural tourism. It is just up to them to show what they can make of it, the Transport Ministry noted, as cited by HN. “It is crucial especially to increase the attractiveness of tourism by creating a complex and attractive product,” it added.

One of the products that seem to be of interest not just for locals but for foreigners, especially foreign media, is wine.

The growing popularity of rural areas for visitors from abroad was confirmed for the daily by Anna Píchová, head of the Small-Carpathian Education and Culture Centre in Modra, a small wine-making town close to the capital.

She said that apart from Slovaks, they also encountered tourists from New Zealand and Australia conducting the tasting on local “wine-routes”. It seems that Slovak wines lure not just local consumers but foreign media.

“We are just awaiting a visit by Polish journalists,” Píchová said for Hospodárske Noviny.

The support for the potential of rural tourism will be continued and expanded in the upcoming years, the Transport Ministry wrote as cited by the daily, adding that it will be included in the discussions surrounding the drafting of the Strategy of Tourism Development by 2030, which will be a follow-up to the current strategic document for tourism.