OLAF: Slovakia might have to pay €300 million to the EU

The European Anti-fraud Office found custom-related fraud worth millions of euros. Slovakia is one of the countries that lets underpriced goods onto the EU market. 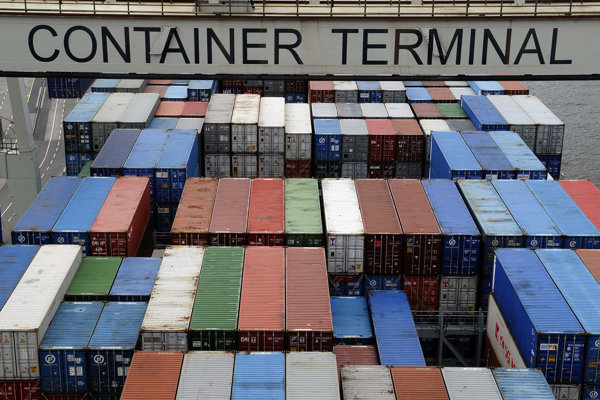 Slovak custom officers are facing suspicions of having skipped the checking of major amounts of clothes and shoes from China to the EU. The alleged fraud took place in 2013 and 2014 and the customs that the EU lost exceed €300 million.

The Dennik N broke the story on September 7 when it wrote that the Slovak authorities have either overlooked or directly cooperated on the fraudulent transactions, with the second option being much more probable, according to experts on customs.

So much stems from the EU Anti-fraud Office (OLAF) report based on a series of investigations its officers concluded last year. It turned out that due to organised criminal activity taking place between 2013 and 2016, major amounts of clothes and shoes coming to the EU from China were undervalued during the customs process.

OLAF reports that the goods from China were first shipped to the German port in Hamburg where it was loaded on trucks and taken for the custom process to another member state - the UK, Slovakia, Czech Republic, France, or Malta - where it was possible to lower the value of the goods to secure lower custom fees. The UK authorities have thus caused a loss of some €1.9 billion to the EU budget, Sme reported, while in other countries the sums are around €300 million.

OLAF recommended the European Commission to demand the lost money from the countries that allowed this. Slovakia is among them, but it is not clear for now if the country will have to pay the EU.

So far, the European Commission has taken no action against Slovakia in connection with the OLAF findings. The Commission specified for Dennik N that at the moment the communication about the report of the anti-fraud office is in its initial stages.

“The European Commission, particularly its Directorate General for Budget, closely follows this communication in order to take further steps if necessary,” the daily quoted the Commission as stating.

The Finance Ministry responded that they requested additional explanation from OLAF, which they have not received yet, and so will not comment any further, Dennik N wrote on September 7.

Meanwhile, the Financial Administration admitted for the Sme daily that they are already demanding the payment of customs amounting to €200 million from shipping companies - half in administrative proceedings and half in criminal proceedings.

Imrecze says it is no news

At the time when the alleged crimes took place, in 2013 and 2014, the Financial Administration was led by its current head, František Imrecze, and his deputy, Dana Meager, who now serves as state secretary (deputy minister) at the Finance Ministry. Peter Kažimír was at the helm of the entire department as finance minister, a post that he still holds today.

The opposition was quick to pick up on the information from the article and started demanding the head of Imrecze, the Financial Administration director, and Jozef Makó, the head of the police office for financial criminality. SaS MP Jozef Rajtár even suggested that custom-duty frauds started occurring again, which should be proven by the increased number of trucks carrying goods from China applying for custom duty in Nové Zámky, southern Slovakia, and then transporting the goods all around the EU.

Imrecze responded by filing a criminal complaint against the MP Rajtár over false accusations.

Imrecze is scheduled to explain the case to the parliamentary finance and budgetary committee on September 19. Finance Minister Kažimír said he would only respond to the case after that.