The car will be manufactured in Kia Motors’ only plant in Europe near Slovakia’s Žilina. 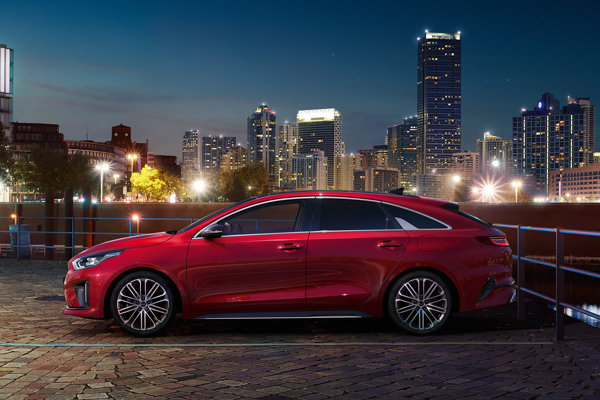 The Korean carmaker Kia Motors has released official pictures and details of its new, five-door ProCeed. It will debut at the Paris Motor Show during the first half of October and its sale, exclusively to European drivers, will start in early 2019. Carrying the name over from the second-generation Kia pro_cee’d three-door coupé, the new ProCeed has been designed, developed and engineered in Europe. A product of Kia’s European design, product development and R&D teams in Frankfurt, Germany, the ProCeed will be manufactured at the brand’s Žilina production facility in Slovakia.

“The ProCeed is a car that represents everything Kia stands for,” said Emilio Herrera, Chief Operating Officer for Kia Motors Europe as cited in the press release. “This beautiful ‘shooting brake’ body offers drivers an unmatched combination of design, space and versatility, representing a unique proposition in the mid-size family car segment.” 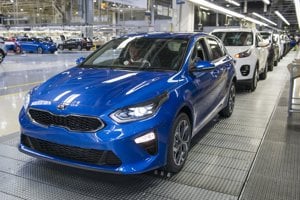 It will be manufactured in Kia Motors Slovakia in Teplička nad Váhom along with the models Kia Ceed and Ceed Sportswagon. The production of the latter two was launched in May and August of this year, respectively.

“Where the Ceed Sportswagon majors on practicality, the ProCeed provides couples or young families with the space and versatility of a wagon, combined with an emotive, swept-back design,” said Herrera. “Where focusing on one of these normally compromises the other, the ProCeed is the first car in the mainstream segment to combine both.”

Production of the ProCeed shooting brake begins in November, and sales commence exclusively across Europe in the first quarter of 2019. It will be covered by Kia’s quality promise, with the brand’s industry-leading 7-Year, 150,000-kilometre warranty as standard.

Kia Motors Slovakia is the only Kia Motors Corporation production plant in Europe. It was built between 2004 and 2006. The production of cars as well as engines was launched in December 2006. The carmaker currently employs more than 3,800 people in Slovakia.