This year's international theatre festival REvolves around the prefix “re”, playing with its meanings and connotations, while also commemorating the years in (Czecho-)Slovak history ending with 8. 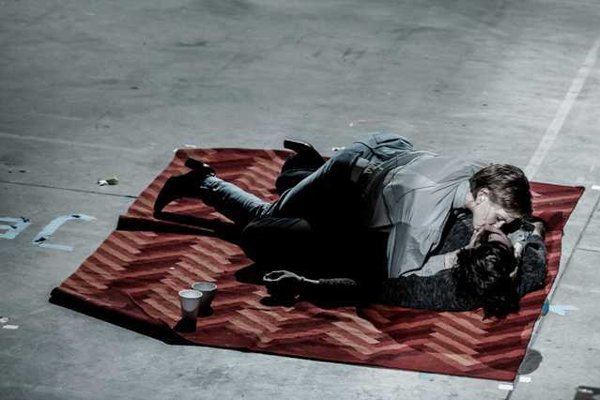 The many important anniversaries of Slovak (and Czech) history ending with an 8 – 1848, 1918, 1938, 1948, 1968 and 1998 – lead us to ponder on past events, and re-evaluate the interpretation of history as well as our views and stances, said Darina Kárová, head of the biggest international theatre festival in Slovakia, Divadelná Nitra, at a press conference. The festival will take place this year between September 28 and October 3 at various sites in the city of Nitra. In 13 performances it will offer individuals, duos and ensembles from Slovakia, the Czech Republic, Poland, Hungary, Portugal, Germany, The UK, and Lebanon.

“Looking back is represented in the festival dramaturgy by variations like reminiscence, recapitulation, or revision, the questions facing the future find expression in terms like, for example, restart, revitalisation, reconstruction, but also recycling,” Kárová added.

Musings on the state of society and the world, echoes of our times and prognoses for the future will be the ideological base of this year’s festival, she noted. Just as with the last edition of Divadelná Nitra, called Fundamentals, the plays get ahead of current society, drawing attention to basic values of humanity and extremes - too much yearning for success and prosperity on one side, and lack of justice, humbleness and love on the other.

The Polish piece My Struggle (directed by Michał Borczuch) of the TR Warszawa is based on eponymous series of novels by Karl Ove Knausgård and touches on the effort to grasp life that is slipping away, while experimenting in form. It opens the festival on the gala evening, on September 28. 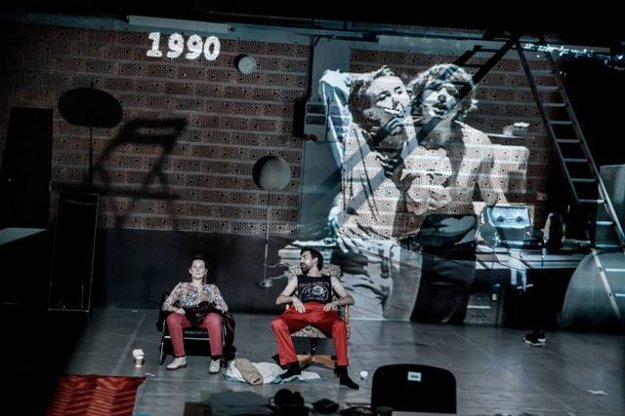 Another piece that pushes the boundary of traditional theatrical form is Sand in the Eyes, written and directed by Rabih Mroué. The Lebanese/German production offers, through a fictitious world of media and cinematography, different views of the murderous activities of the Islamic State, as well as views on killing terrorists with drones. It will be staged two times on September 29. 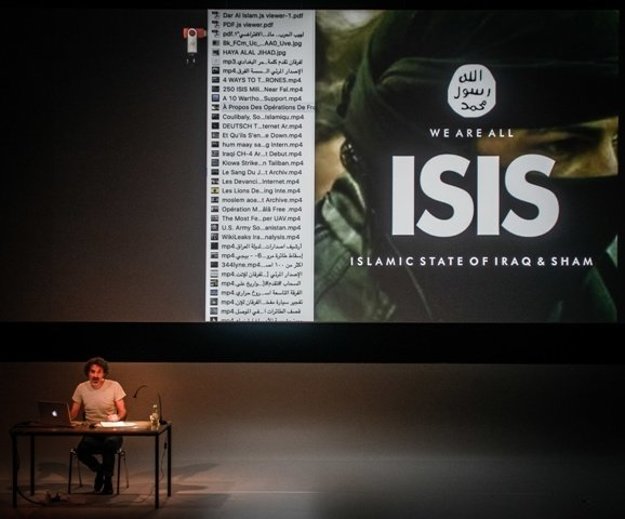 Another work of Mroué, this time in collaboration with Lina Saneh (Lebanon/Germany), is 33 Rpm and a few Seconds. This installation, with no live actors, explores the traces humans leave behind in the digital world after their death. 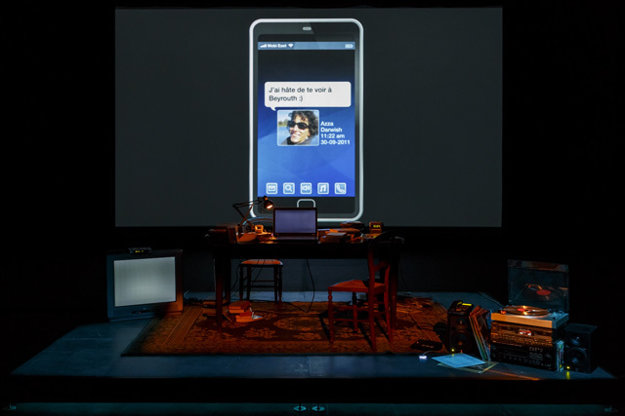 Three performances of the play Bohemia Lies by the Sea by Naive Theatre Liberec (authored by Radek Malý, Vít Peřina, Michaela Homolová, directed by the latter) brings a puppet theatre that breaks away from tradition, meant for both children and adults. It brings the audience almost palpably to an undersea world. It can be seen three times, on September 30 and October 1.

The Portuguese group Circolando plays with the phenomena of new, non-traditional circuses, which three performers and one DJ have included in their piece The Night, directed by André Braga & Cláudia Figueiredo. It stages on September 30. 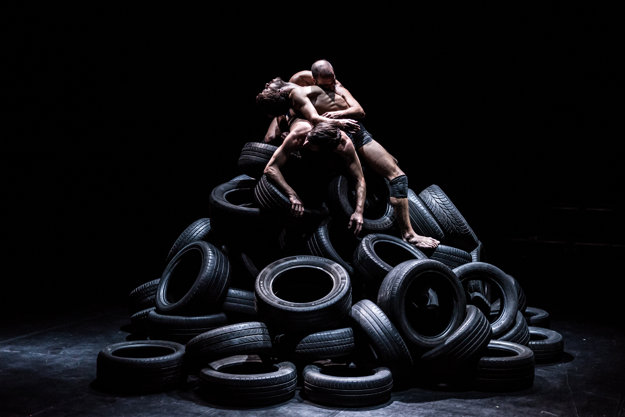 As the name already suggests, The Hungarian Acacia of two stars of the Hungarian theatre, Kristóf Kelemen & Bence György Pálinkás, explores the marketing duel between Hungarian Prime Minister Viktor Orbán and the European Union, in a mocking and pseudo-political way. 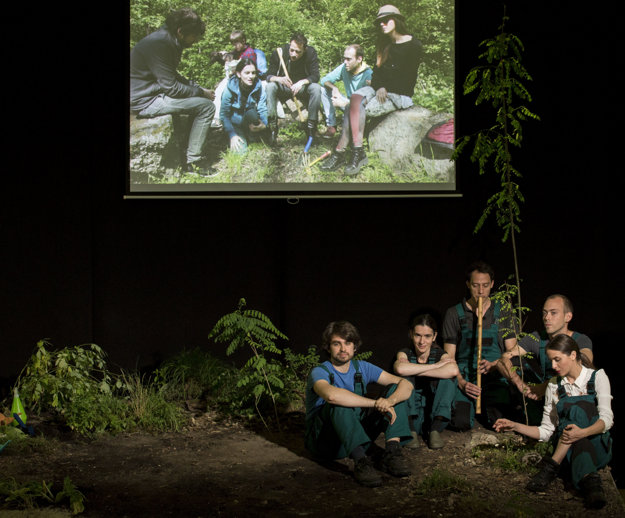 The fight REvolves around a tree that is considered a national symbol and gem although it arrived to the country as a foreign “invader” around 300 years ago. Two performances can be seen on October 2.

The crème de la crème of the past season includes The Emperor of America of Studio 12 & Pôtoň Theatre, a literary work of Martin Pollack staged by Michal Ditte and Iveta Ditte Jurčová; a sci-fi dramatisation by the Strugacki brothers, The Stalker – Teatro Tatro, adapted and directed by Ondrej Spišák; local Andrej Bagar Theatre’s People, Places and Things (written by Duncan Macmillan and directed by Marián Amsler); State Theatre Košice’s The RE-Unificaiton of Two Koreas by Joël Pommerat – directed by Júlia Rázusová; and the physical theatre Wow! by the Debris Company (concept and direction: Jozef Vlk , choreography: Stanislava Vlčeková).

Some extras and accompanying events

The Czech group with a cult following, Cirk La Putyka, bring the latest of their interpretations of new circus, Batacchio, in the Festival Extra section. Another piece outside the curatorial selection is As Far As My Fingertips Take Me (by Tania El Khoury – UK/Lebanon), which is a sequence of brief gallery performances offered as one-to-one connection with the author through physical touch trying to interpret the feelings of immigrants.

The accompanying events include some already well-tried and popular phenomena like a special exhibition in the Nitra Gallery, performances at the Festival Square (including the Black Box), film screenings (e.g. documentary movie Circus Rwanda), discussions, workshops, literature reading, concerts, events for children, and more. 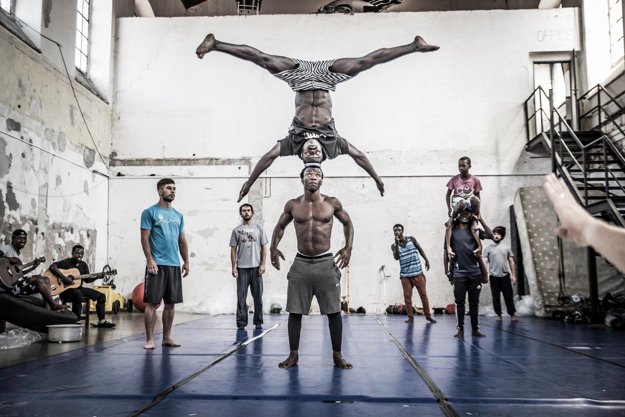 "Anniversaries connected with the “eights” evoke the need to look back and re-think the past but also to re-evaluate historical interpretations,” Darina Kárová said, as quoted by the TASR newswire. “At the same time, they provoke the question where to go on to in the future, what we have to do to not repeat the mistakes and errors of the past, to avoid new traps and challenges in the social, political, economic, environmental and private spheres; and to start acting differently – more friendly towards each other and also towards our environment,” she summed up.