What is it like to study at a foreign college? Students explain to high-schoolers

Some Slovak students who study abroad already have work offers. 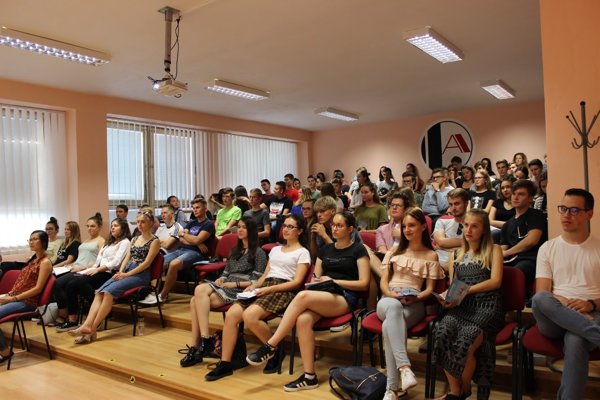 Choosing a college or a university is a big step that would most likely influence the professional and maybe the personal life of a student in the future.

Many Slovak students consider studying abroad, as demonstrated by the research of the Centre of Education Management, which operates under the Management Faculty of Comenius University together with Profesia.

Almost 50 percent of Slovak high-schoolers are also considering the option of continuing their studies abroad. Even though the majority in the end decide to remain in Slovakia, the research stated that there are some who left their homeland and became successful in what they do.

High-schoolers in Košice had a unique chance to learn about studying beyond Slovak borders from students who experienced living and studying abroad. The workshop has already built up its tradition. This year 12 speakers have been carefully selected to cover the entire spectrum of fields and countries, such as law, computer science, philology and anthropology.

One of them is Ádám Urban, student of Electronic and Information Engineering at Imperial College in London. His subject of study combines mathematics, physics and IT.

“I picked the top schools based on the principle of 'go big or go home',” Ádám Urban told the Slovak Spectator, explaining that it is one piece of advice he would confidently give to anyone in such a situation.