Candidate for Nitra mayor detained by a special police unit

The current city councillor is charged with indirect corruption dating back to when he was the economic manager of a water utility company; he later resigned from the position. 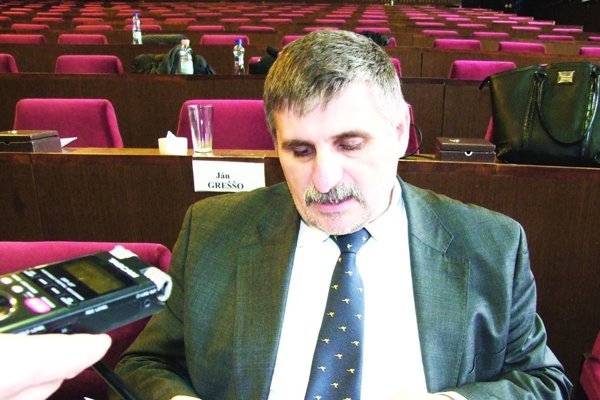 The National Anti-corruption Unit of the National Criminal Agency (NAKA) detained Štefan Štefek, who is running for the mayor’s office in Nitra, on the morning of September 24. Since then, he has been charged with indirect corruption related to his position of economic manager at the water-management company Západoslovenská Vodárenská Spoločnosť (ZVS).

This June, Štefek resigned from this position. The former member of the ruling Sme party is now a long-serving Nitra city and regional councillor, currently independent, the Sme daily wrote.

Eleven candidates are fighting for the post of Nitra mayor in the local elections to be held in November. Besides Štefek (aged 51), who is an independent candidate, there is incumbent mayor Jozef Dvonč running for the Smer- and Slovak National Party (SNS) coalition. The candidate of the coalition parties Ordinary People (OĽaNO), Freedom and Solidarity (SaS), Chance (Šanca) and We Are Family (Sme Rodina) is Ján Greššo. There are also six other independent candidates, the TASR newswire wrote.

Reactions of colleagues and rivals

Štefek’s detention is considered by his collaborators as well as some of his rivals in the local elections to be an unfair election campaign tactic, TASR learnt.

His fellow colleague in the municipal and regional parliament, Anna Šmehilová, was also surprised by his detention. “I expected the campaign to be rough, but I didn’t anticipate it to go this far,” she said. “I don’t know what exactly happened because I only have information from the media. I’ve known Mr. Štefek for a long time to be a very honest man. If such steps turned out to be part of an anti-campaign, I’d be very sorry,” said Šmehilová, who is with him on the slate for the local election to be held in November told TASR.

Štefek’s detention is considered to be an unfair pre-election attack by his rival for the post of Nitra mayor and municipal councilor, Renáta Kolenčíková. Some time ago, both were members and officials of Smer but later quit the party. In recent years, while working as Nitra councillors, they often had conflicts. According to Kolenčíková, no one should take such steps before elections. “I don’t like it when such things happen. I consider this to be an attack by incumbent [Nitra] mayor Jozef Dvonč. They’re trying to intimidate him.”

Dvonč – whose deputy Štefek was for several years – commented that he knew nothing about the case.

What is the charge about?

The charge is connected with a bribe allegedly given to Štefek by a businessman who gave money to the FC Nitra football club in exchange for advertising. The defendant became involved as the representative of the ZVS company, the MY Nitra regional newspaper wrote on September 25.

An anonymous source told the regional newspaper that the alleged contract was signed in May 2017, and used only now as part of smear campaign before the election.

“In this case, a bribe amounting to thousands of euros was masked as an advertising contract,” police spokesman Michal Slivka told MY Nitra. The police also wrote that the businessman involved, a man from Zvolen identified as Jozef H., has been charged as well. The Nitra politician was supposed to acquire a positive approach and approving voice in decision-making procedures concerning the procurement of goods, services and construction work. Jozef H.’s company concluded a contract with another Nitra-based company on advertising worth €36,000, which should have covered the bribe. However, this unusual deal caught the attention of NAKA.

If convicted, the defendants face a prison sentence of two to three years; they are being prosecuted at liberty.

“I am innocent, and I filed a complaint against the ruling on the charge,” Štefek said for the newspaper on the morning of September 25. He added he does not want to comment more for now.