The minor ruling party wants to impose a special tax on retail chains to raise money for the support of local food production.

More Slovak products on shelves in shops or fairer distribution of profits between merchants, producers and farmers. This is the benefit a special levy proposed by the minor ruling party Slovak National Party (SNS) of Anton Danko is supposed to bring about. Six MPs for SNS submitted the new legislation stipulating the introduction of this levy as of 2019 to parliament last week.

“The trade sector profits. It puts higher margins on Slovak products than on foreign ones while it by its dominant position pushes primary production and food processors into the sale of their products under production prices,” said Radovan Baláž, one of the MPs, who submitted the respective legislation as cited by the Pravda daily.

The levy is proposed to an equal 2.5 percent of the net turnover of retail chains. It should be paid by merchants, whose sale of foods makes up minimally 10 percent of their turnover and have outlets in two regions at least. The basis for the calculation of the levy is the net turnover for three consecutive months. The retail chain will not pay the levy if the levy for the calculation period does not exceed €5,000. Those retail chains, which will fail to pay the levy or pay only a part of it, will be fined.

The levy should bring €150 million to the state coffers. This money should be used for the support of local farmers and producers via the so-called marketing fund. 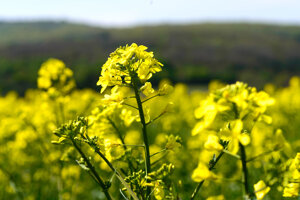 The fact that the MPs proposed the new levy as a new piece of legislation and submitted it directly to parliament means that the draft did not go through a regular review in the cabinet. Neither did they discuss it with the retail chains.

Merchants warn that the levy may increase prices in shops as well as reduce investments.

Members of the Slovak Modern Trade Alliance (SAMO) were surprised that despite the oral and written assurances by the Agriculture Ministry as well as the Finance Ministry, the Slovak National Party (SNS) submitted such serious legislation without any discussion with retail chains, or the professional and lay public.

SAMO considers any additional taxation of a selected group of entrepreneurs in Slovakia to be discriminatory.

“We’ll provide our comment to the proposal itself only after a more in-depth analysis, but in any case it can have a negative impact on ordinary consumers as well as additional investments made by retail chains in Slovakia,” SAMO writes in its joint response.

Branislav Lellák of the retail chain Coop Jednota pointed out that the European Union halted a similar proposal in Poland and Hungary. In Austria, farmers are supported via an agrarian fund, while the EU has agreed with this help.