Men who have not announced their candidacy top presidential poll 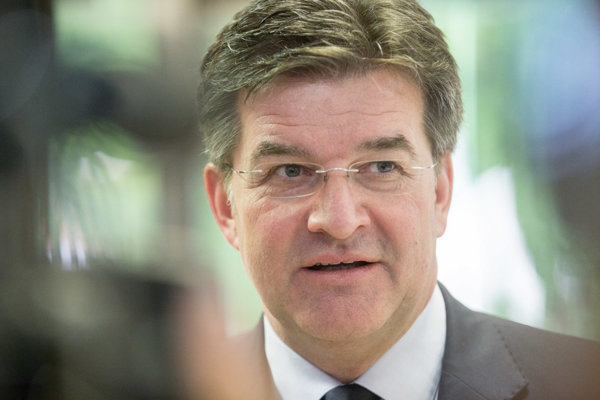 A presidential poll conducted by Focus agency showed that the first two positions belong to Miroslav Lajčák (Foreign Affairs Minister, Smer nominee) with 26 percent of votes and Andrej Danko, Speaker of Parliament and head of the Slovak National Party (SNS), with 13 percent.

This means that if Smer was successful in persuading its minister to run as a candidate, he would surely move up to the second round. Both parties that lead in the poll have not announced the presidential candidates yet. While unofficial information said that Lajčák cannot be persuaded to run, Danko has the ambition to become president.

“Lajčák is the biggest calibre of Smer, if he runs for President, he will capture at least the first round,” commented Martin Slosiarik, head of Focus agency, as quoted by the Sme daily.

Other candidates of Smer may not be as successful, according to Slosiarik, because Lajčák is not closely tied to the party, which gives him a better image.

Lajčák is gaining massive support because he can also appeal to sympathizers of other parties, Slosiarik opined.

“He can score among SNS and Most-Hid voters, along with some opposition voters because he is considered to be an experienced diplomat who would not grope in the dark when it comes to the president’s function,” Slosiarik explained, as quoted by Sme.

Lajčák avoids commenting on political quarrels and has never become a member of Smer, which is why he is acceptable in the eyes of opposition voters. The candidate of Smer will influence the gains of other candidates in the end, said Slosiarik.

“If the candidate of Smer is weaker, Danko’s chances may be improved,” he said for Sme.

Scientist Robert Mistrík is the most successful among the candidates that opposition would vote for. He took third position in the poll with 9.5 percent. He is a non-partisan candidate with the support of Freedom and Solidarity (SaS) and Spolu and he had the largest billboard campaign in the summer.

Veronika Remišová from Ordinary People and Independent Personalities (OĽaNO) also has not announced candidacy yet but she gained 7.9 percent in the poll. Candidate of Progresívne Slovensko, Zuzana Čaputová, gained 5.2 percent of the vote. Neither the support of bishop Róbert Bezák, nor the massive billboard campaign during the summer helped her obtain better results. Čaputová confirmed that she would have no problem giving up on candidacy in favour of a stronger candidate confirmed by other polls.

Harabin is viewed by many people as an expert due to his work in the judiciary, according to Slosiarik.

“He is a favourite among alternative media so people may consider him a system critic who does not have any problem saying what he thinks,” explains Slosiarik for Sme.

Head of Most-Híd, Béla Bugár, ended behind Kotleba with 7.9 percent. Focus measured preferences with a sample size of 1,015.