The train is expected to help carry passengers to the capital during the morning rush hour. 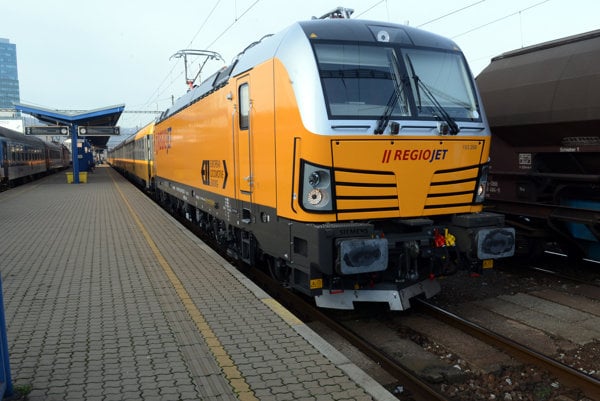 A new passenger train was added to the busy railway section between Dunajská Streda and Bratislava on October 1.

This was possible thanks to the decision of transport company Metrans /Danubia/, which withdrew one of its international cargo trains dispatched during the morning rush hour, freeing up the rails for another passenger train, the SITA newswire reported.

The new passenger train is operated by the private carrier RegioJet. It departs from Dunajská Streda on weekdays at 5:53, with the arrival to Bratislava scheduled for 7:02. The route is designed to redistribute passengers using the most occupied train, arriving to the capital at 7:20. Due to the length of the platforms, it is not possible to add more wagons, the Transport Ministry informed.

The route between Dunajská Streda, Kvetoslavov and Bratislava is among the busiest railway sections. After RegioJet joined the integrated transport system in the Bratislava Region this April, the number of passengers has increased, SITA reported.

At the same time, RegioJet introduced recruitment plans for its new line between Bratislava and Prague, launched last month. It wants to hire 30 new train stewards and chief guards.

“Apart from full-time employees, RegioJet is seeking people for part-time and temporary jobs,” said the carrier’s spokesperson Martin Žarnovický, as quoted by the TASR newswire, adding that this is why they plan to organise an open door day at the Bratislava main railway station on October 4.

The company is also seeking stewards and drivers for its buses.

In addition, RegioJet plans to purchase new wagons, expected to increase the transport capacity of the trains, TASR reported.