Why should you plant a linden tree this autumn?

3,000 linden trees, planted on special anniversaries since the foundation of Czechoslovakia, have been discovered in the Czech Republic, Slovakia and abroad. 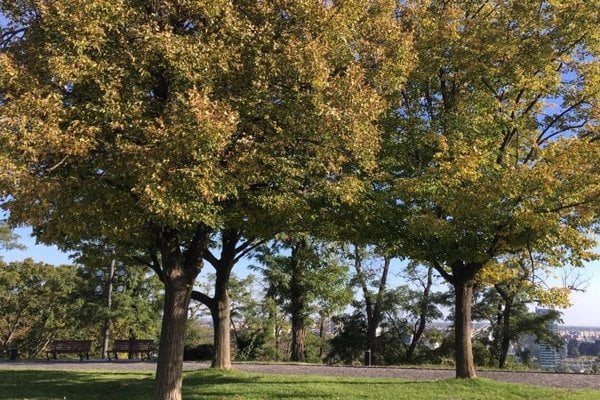 Its fragrant flowers sweeten the long days of summer while its crisp, turning leaves crumple beneath soles in autumn. At first sight, the linden tree is beautiful and idyllic, a passive observer of life in Slovakia and the Czech Republic. But this sturdy tree, with roots entwined in folklore and legends, has witnessed some of the most important events of Slovakia’s history, including the foundation of Czechoslovakia 100 years ago.

Several events will take place across both nations to mark the centenary. The Trees of Liberty project stands out as one looking towards the future as well as the past to preserve Czechoslovak traditions.

Stromy Svobody (Trees of Liberty) was started in October 2017 by the Czech Environment Foundation with the help of the Arboeko company, which provides linden trees for planting. Project Director Miroslav Kundrata wanted to commemorate the upcoming 100th anniversary of Czechoslovakia in a special way so when he learned that in the last century many Slovaks and Czechs planted linden trees to recognise the most significant moments in Czechoslovakia’s history, he was inspired.

However, tracking down these trees and the people who planted them was no easy task.

“There was no central evidence or lists so no one really knew how many trees were planted or where they were located,” said the project’s spokesman, David Kopecký.

By the end of September 2018, the foundation has tracked down 3,000 trees, surpassing its goal of finding 1,918 trees before the centenary. But its work is far from over.

“Our second goal, which will start mainly in autumn, will be to motivate the public to plant new trees to continue the tradition that was started by our predecessors,” said Kopecký.

What the trees symbolise