He was a genius sculptor, but there is almost no memory of him in Bratislava

Sculpture of Maria Theresa by Ján Fadrusz was once the most photographed landmark in the city. 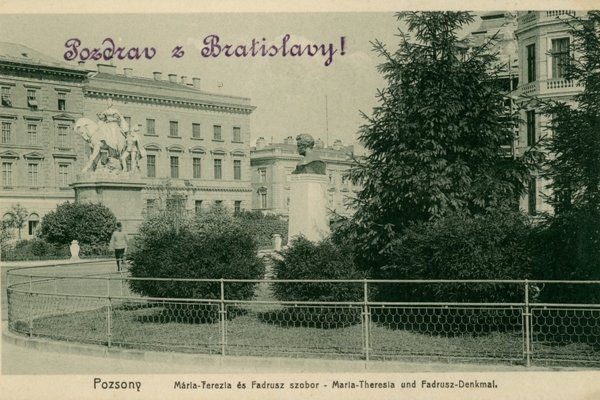 The bust of Ján Fadrusz with the legendary sculpture of Maria Theresa in the backyard. (Source: Courtesy of OY Bratislavské Rožky)
Font size:A-|A+80

In late October, 97 years will have passed since the destruction of the legendary sculpture of Empress Maria Theresa by Ján Fadrusz.

The statue used to stand on today’s Štúrovo Square in central Bratislava and was destroyed by members of the Czechoslovak Legions between October 26 and 29, 1921. The bust of its author, Ján Fadrusz, suffered a similar fate when removed from the nearby Danube riverbank after the World War II. Now, an open-air exhibition at the exact place where the bust used to stand will mark the 160th anniversary of the sculptor’s birth. 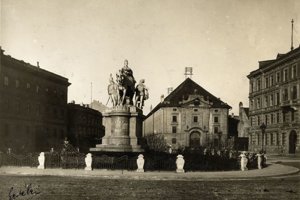 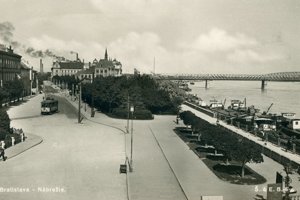 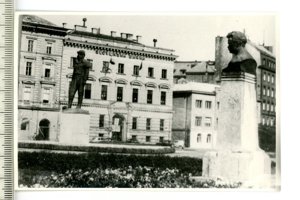 “He was a genius in the field of monument sculpture,” says Sándor Papp from the civic association Bratislavské Rožky and one of the organizers of the exhibition.

His native town has forgotten the sculptor, though. Today, only Fadruszova Street in Bratislava’s borough of Karlova Ves recalls this prominent artist.

This might be because Fadrusz created only a few of his works in Bratislava, the organizers of the exhibition believe. Out in the streets, there is practically nothing to remind ordinary Bratislavans of him.

“Compared to the sculptor Alojz Rigele, whose works are scattered around the whole city centre but who is still quite unknown, Fadrusz actually has no chance of being known,” says Ján Vyhnánek, another of the exhibition’s organizers, from the Bratislavské Rožky.

Ján Fadrusz was born in Pressburg, now Bratislava, on September 2, 1858, one of 10 children from a poor family. He began to show his sense of art as early as in his apprentice years in a locksmith’s workshop. Later he went on to a wood carving school in Uhrovec. He learned all the carver’s skills.

The future artist, however, longed for something more. He admired works by Georg Rafael Donner, the creator of the monumental equestrian sculpture of St Martin and the Beggar in Bratislava’s St Martin’s Dome, or another native of Pressburg, who later became the distinguished Viennese sculptor Viktor Tilgner. Fadrusz hoped he could one day make statues of stone and bronze, too.

It was Ján Batka, a well-known archivist and art expert in Pressburg, who helped fulfil his dreams. Batka recognised Fadrusz’s talents and showed his work to Tilgner. The master was willing to teach him free of charge. 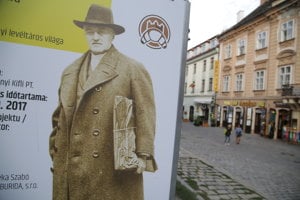 Read also:Almost nothing recalls legendary Pressburg archivist in Bratislava Read more
Sorry, you have just exceeded the allowed number of devices
This subscription grants access to the locked content of Spectator.sk and SME.sk for only one person through a maximum of three different devices or browsers.
To continue reading the article on this device, please update the list of devices in the profile settings.
Administer devices
You can read everything about device settings here.