The police do not wish to comment on the case, while the Prosecutor’s Office has asked the media not to publish any information on the murder.

An unnamed source allegedly confirmed that the murder was to be carried out in Dunajská Lužná (Bratislava Region), where the prosecutor lived. The police are said to be collecting the camera records from all buildings. 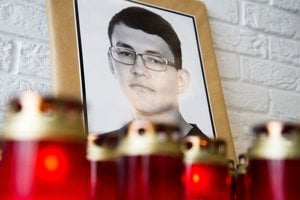 Read also: Will we learn from our collective failure? Read more

“It is sensitive information,” said Andrea Predajňová, spokesperson for the General Prosecutor’s Office, as quoted by the Sme daily. “The Deputy General Prosecutor has therefore asked the media not to publish any information about the alleged preparation of the premeditated murder and let the law enforcement bodies do their job.”

The police refused to comment on the case due to ongoing investigations.

Šufliarsky was dealing with mafia cases

Read also: Kuciak murder: One of the accused said that Kočner ordered the murder Read more

Šufliarsky became more visible at the time he was dealing with the cases of the mafia boss Mikuláš Černák. He was present when the court sentenced Černák to life. He was also dealing with other, mostly serious, mafia cases.