When they found out whom they killed, they asked for more money

Balaclavas, handcuffs and submachine guns: the man charged for the murder of Kuciak and Kušnírová was planning another crime, according to the Specialised Criminal Court’s ruling. 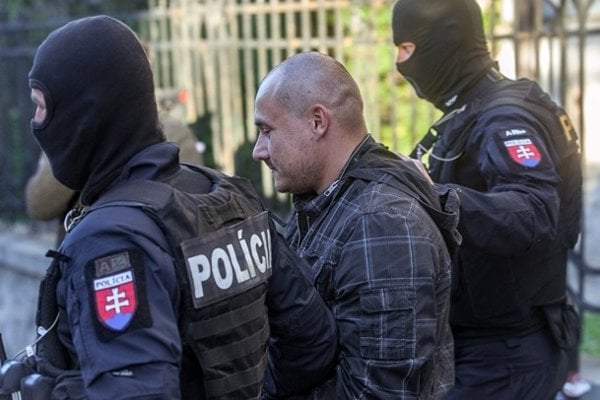 The ruling of the Specialised Criminal Court on the custody of four murder suspects in the case of Ján Kuciak and Martina Kušnírová shows, for the first time, what the police and the Prosecutor’s Office have found out.

Tomáš Sz., suspected by the police of having shot Kuciak and Kušnírová, is thought to have been preparing another crime. A raid at his home seized balaclavas, disposable handcuffs, submachine guns, silencers and more than a hundred submachine gun cartridges. Experts comment that his workshop was equipped for adjusting firearms and ammunition.

The ruling also reveals that the murder cost more than €70,000. In February, it is alleged, after Tomáš Sz. and the driver, Miroslav M. heard from the media exactly who it was they had killed and saw the social response it evoked, they started to demand more money – and they received it, according to the police.

The ruling also implies that the police have doubts over the third suspect, Alena Zs. having really commissioned the murder. She is being prosecuted for ordering the hit, however, this is probably in the hope of persuading her to cooperate.

In court, Zs, claimed businessman Marian Kočner is the Godfather of her daughter. Kočner denies this.

Zs. ’s testimony in court differs from her earlier statements to the police. Originally, she claimed to be poor and without regular income. Later, she admitted to receiving more than €2,000 a month.

1. They got more money but it is not known how much

The Prosecutor’s Office informed earlier that Ján Kuciak’s murder cost €70,000. The Specialised Criminal Court’s ruling explains, for the first time, how the suspects divided the money among themselves.