Both collections are designed by Slovak and Czech artists. 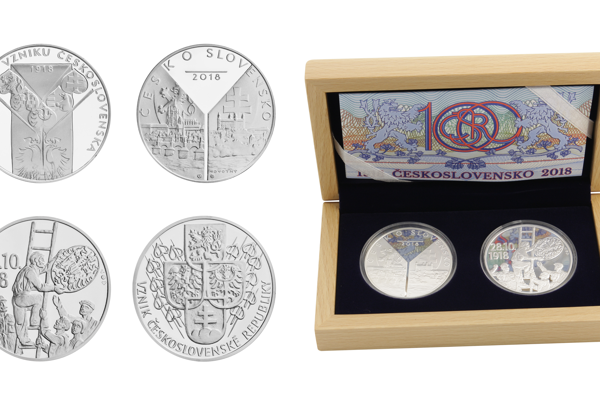 On the occasion of the 100th anniversary of Czechoslovakia's establishment, the Kremnica Mint and Czech Mint released a collection of gold and silver medals commemorating the common republic.

“The medals are pressed in gold and silver. The motifs and design for both collections is the same. The gold and silver collection consist of two medals, one produced by a Slovak mint, the other by a Czech one,” said Milan Kubík from the marketing department of Kremnica Mint, as quoted by the TASR newswire.

The two mints once shared a project when they pressed medals dedicated to two significant figures of our common history: Tomáš Garrigue Masaryk and Milan Rastislav Štefánik. 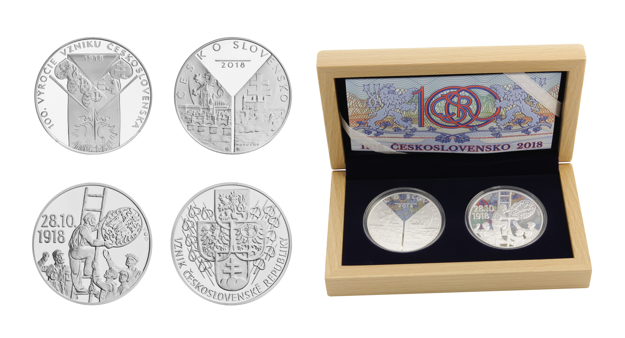 The creator of the Slovak medal is Štefan Novotný from Kremnica. The composition for both medals is the Czechoslovak flag.

On one side, there are the symbols of Czechia, Moravia, Silesia, Slovakia and Carpathian Ruthenia, the old monarchy, the two-headed eagle divided by a line between the colours of the flag. The other side pays tribute to the capitals of Prague and Bratislava, as well as their castles and rivers. Features of the national emblems, the Czech lion and Slovak double-cross, are located in the background.

The creator of the Czech medal motif is academic sculptor Michal Vitanovský. One side shows the heraldic symbols of Czechia, Moravia, Silesia and Slovakia, along with linden leaves. The other side depicts a man standing on a ladder who has torn down the Habsburg eagle and handed it to a celebrating crowd. 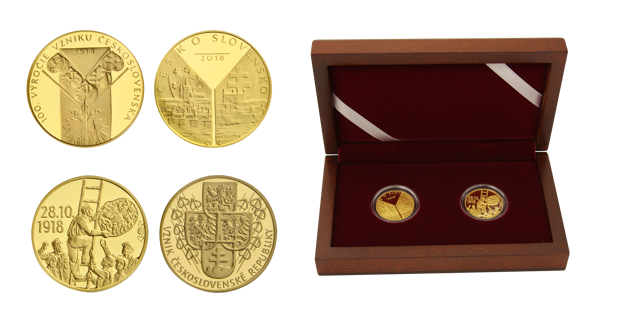