The businessman suspected of ties to top politicians has been accused in the case of dubiously transferred flats in a famous housing complex in Bratislava. 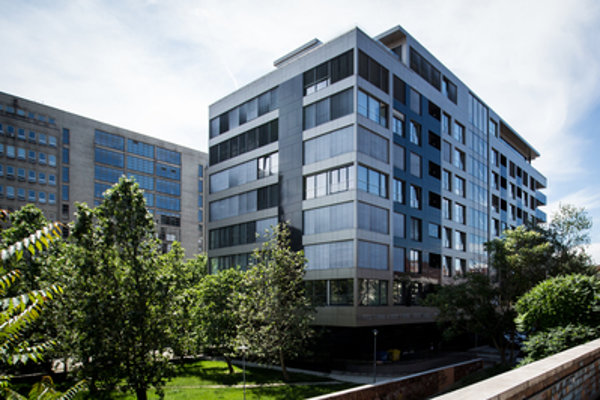 Police pressed charges related to tax and insurance evasion against controversial businessman Marian Kočner over the transfers of flats in the Five Star Residence complex in Bratislava. The news was reported by the private TV Markíza on October 17. The broadcaster received this information from the Bratislava Regional Prosecutor’s Office.

Kočner faces yet another indictment besides the forgery of promissory notes, on which he based his €70-million claim against TV Markíza.

In the most recent case, four other individuals face charges along with him over the 2011 transfer of flats, the TASR newswire wrote. One of them is, according to TV Markíza, his acquaintance and business partner, Jana Šlachtová.

Police would not provide more details at this stage.

Earlier this month, one of the suspects in the double murder of journalist Ján Kuciak and his fiancée, Martina Kušnírová, the suspected go-between Zoltán A., told the investigators that it was Marian Kočner who ordered the hit on Kuciak.

What is the businessman accused of

The charges of the people involved in the Five Star Residence case are not effective yet, as they have to be delivered to the defendants, who can then file a complaint within three days. A prosecutor can confirm or cancel the charges.

In 2016, Sme pointed to the dubious transfer of flats in the Five Stars Residence. Within the transaction dating back to 2011, Kočner’s company Real Štúdio sold for a symbolic one euro part of the Five Star Residence to his another company, Inkasný Servis. First, the investigation faded away silently, and was only re-opened after media and opposition pointed to it. MP Jozef Rajtár (opposition SaS) filed a criminal motion in the case.

It seems that the two companies plotted a scheme which may have brought around €3 million in unjustified VAT returns repaid by state, the Denník N daily wrote.

Immediately after this transaction, Kočner got rid of the Real Štúdio company, and a Thai national became its legal representative. In the past, Kočner claimed, as quoted by Sme, that this was a common business deal, and that apart from the flats, he also bought for one euro some debts that had to be repaid.

Besides this case, Kočner has also been prosecuted in the case of forged promissory notes, worth €69 million, against the TV Markíza broadcaster; the unjustified VAT return from hotel transfers, amounting to €8.3 million; and the embezzlement of the Gatex company, worth €700,000.

Building liens suggest that the transfers were in fact fictitious: the shell company CDI from London controlled by Šlachtová had the building liens to the transferred companies. CDI also appears in Kočner’s case, involving the Glance House development where dozens of buyers lost their advance payments for the flats they never received.

Police suspect the alleged debts, which were said to be part of the transaction in the Five Star Residence, are fictitious.

In this case, developer Ladislav Bašternák is also under investigation.

Kočner’s firm was the developer in the Five Star Residence case. After the businessman transferred them among his companies and received the VAT return from that, he sold them to various buyers for market price.

The building is unique because it does not stand on the plot owned by the flats’ owners, but is rather rented; once-head of the public-service Slovak radio, Jaroslav Rezník, gave them to Kočner’s company for lifelong use, according to Sme.