Mika: Bratislava needs to define what kind of city it is

Former top media manager Václav Mika believes experiences from running the public-service broadcaster can be useful in running the capital. 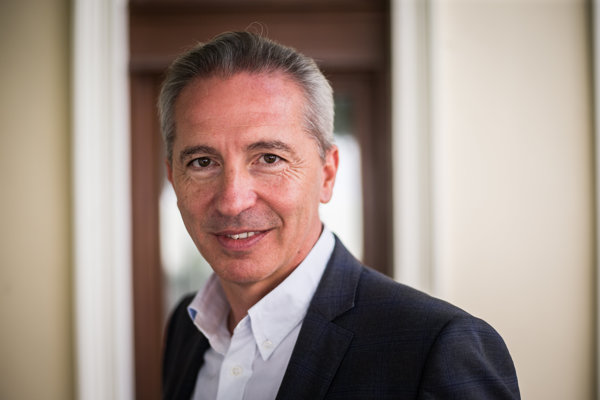 In this interview, candidate for Bratislava mayor Václav Mika talks about:

- how to remove no-go zones from the city centre

The Slovak Spectator (TSS): How do you usually get to work?

Václav Mika (VM): Today I attended a discussion with other mayoral candidates. Since I have not completely recovered from my recent illness, I arrived by car. Not only to be comfortable, but also to limit spreading my illness to others. In general, as my main focus is in the centre, I primarily travel on foot. Also, since I’m the father of a toddler, I often walk with a pram, especially in the Sad Janka Kráľa park. I also use public transport and of course I drive my car, too.

VM: It is transport, social inclusion and environment. All these are the common problems of cities. I would particularly highlight transport, including public transport, parking policy as well as the condition of transport and road infrastructure. Secondly, I would stress our future – families with children. Here, the city plays an irreplaceable role in creating conditions for the new generation. We should not forget our seniors since Bratislava will have 100,000 senior citizens as early as in 2020. They deserve a quality life and the city needs to create such conditions for them.

TSS: What solutions to these problems do you offer in your election programme?

VM: My election programme has 12 points and apart from transport, social inclusion and environment, my big theme is rental housing. Bratislava has no rental housing policy, with only a few rental apartments at its disposal. This is absolutely unacceptable. Not only because the law binds the city to providing substitute housing to people living in apartments returned to their original owners during the post-1989 restitution process. So far, the city has failed to provide them with substitute housing and only covers their commercial rents from its budget. The city needs rental housing also for the employees of its organisations. It now lacks many workers in day nursery schools, kindergartens, senior homes and so on, and the situation will get worse. Providing small rental apartments for people to start their life in Bratislava is one way to get them.

The city also needs rental apartments for people who live outside Bratislava but work here.

Another big topic is the financing of the city. Here, I see a huge space for the usage of EU structural funds that can be used for solving the basic problems of the city, like transport and parking policy. Then there is the topic of the city’s master plan and urban development. It must have the courage to determine its own development and foresee it for the next 10-15 years. Last but not least is security, as a new phenomenon in Bratislava. No-go zones are growing in the city and this is absolutely unacceptable.