Close to four out of ten cars registered are more than ten years old; the import of used cars has increased considerably in Slovakia. 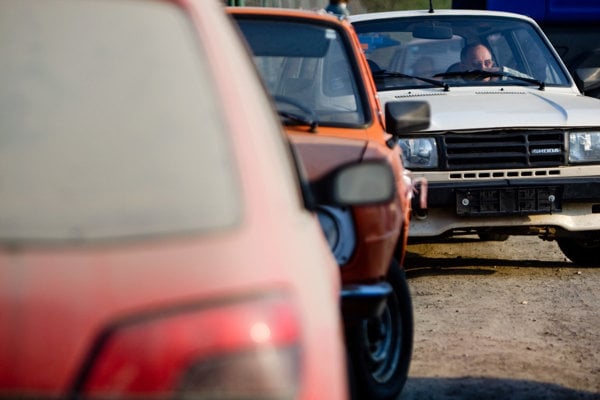 The interest in cars from abroad has been on the rise. Three years ago, three out of ten motorists registered a vehicle ten or more years old, while in the first three quarters of this year, almost four out of ten did so.

This stems from the statistics of the Automotive Industry Association of the Slovak Republic (ZAP SR). One reason old cars are gaining popularity has to do with the registration fee- the older the car, the cheaper the registration is for its owner.

"This is not right, and it does not correspond with the trend,” Štefan Mihálik, president of the Autoklub Slovenskej republiky (Car Club of the Slovak Republic), said. “The air pollution should be considered as well,” he added.

The emission standards for such cars are less strict than they are for the cars produced today. Thus, their owners will have problems in the future when driving in city centres, where strict criteria for air cleanness will become effective soon.

Juraj, a man from Bratislava, imported his car – more than ten years old – from Germany. He was not able to buy cars like BMW M3 in Slovakia in a satisfactory condition and for a sensible price.