Icelandic musicians named their songs after GPS coordinates. Where do they lead?

Slovak journalist followed the Route One by Sigur Rós to find out. 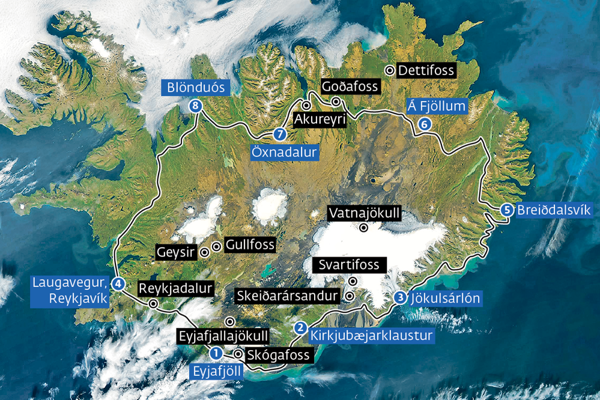 It seems that the world has ended. A plain of black rocks and dust, sprinkled with snow and the occasional tuft of grass and moss, lies before us. The wet road winds all the way beyond the horizon, and close to it, a silvery reindeer walks.

“We will stop here.” The car stops at the stony roadside while the sun, low above the horizon, shines vehemently into our eyes. We draw the reindeer’s attention. The animal seems cautious but comes closer nevertheless, slowly, after a few steps, hidden for a while behind the rolling landscape, from which only the antlers stick out. The coordinate should be just a few hundred meters away, but it is not clear yet what it will reveal.

Two years ago, during summer solstice, the bus of Icelandic rock band Sigur Rós passed across this place, too. On board, there was the application Bronze by Mick Grierson, which – during the 24-hour long trip and live broadcast – was creating the continuing soundtrack stemming from the band’s works. The bus travelled almost 1,400 kilometres along Route One, the only man-made, reinforced road that runs along the entirety of this Nordic island. 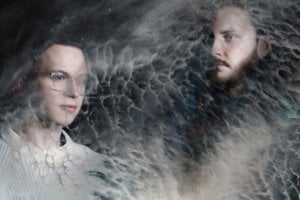 When the official album was released at the end of last year, it contained eight songs mixed by artificial intelligence. Sigur Rós members named these songs after the GPS coordinates marking the places on the island. Both hidden and well-known, or similar to where we find ourselves now, in the middle of nowhere.

The reindeer grazing on the plain from the end of the world finally strides away, impressively. 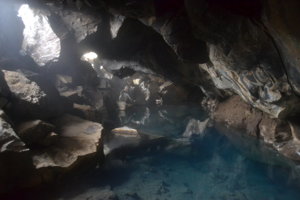 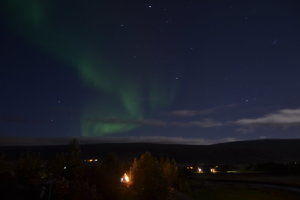 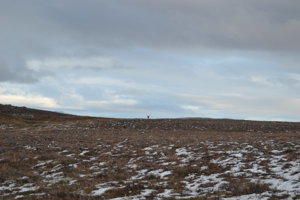 Route One - in the footsteps of Sigur Ros (26 photos)

In April 2010, thousands of people got stuck at airports across Europe, and hundreds of flights were cancelled due to the eruption of the volcano with a name that caused most TV presenters outside Iceland to twist their tongues: Eyjafjallajökull.

At the point where Route One winds between its foot and the Holtsós lagoon, lies a small cave. A small part of the sun peeks inside, and reveals rich green ferns with red stems. Folk tales and myths claim that fairies and so-called hidden folk dwell here. People who are not mindful may be visited by the spirits of 14 Viking seafarers whose ship wrecked in the shallow bay. And if you pluck the fern that grows inside the cave, you will have bad luck.