A lightbulb shone in the stable while children learned by candlelight

Only 75 Slovak housewives had a modern kitchen with an electric oven, a fridge and a food mixer in 1938. 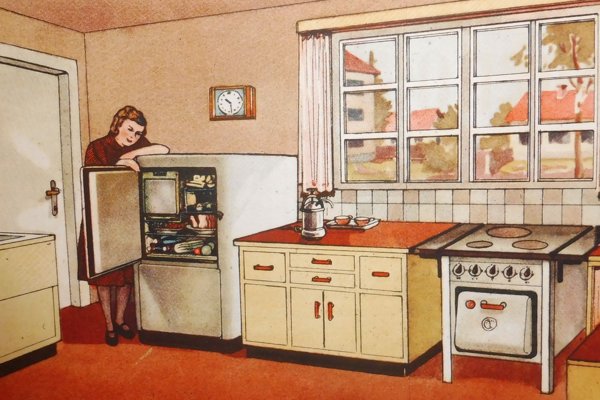 Fridge was one of the first home appliances that Slovak households would procure. (Source: Fortepan - Archive M.S.)
Font size:A-|A+16

First came the lightbulb. After that, in the period between the two world wars, it took a long time for fridges and irons to find their way into Slovak households as some of the first electrical home appliances. And then, of course, there was the radio which, despite state subsidies, did not really become a feature until World War II.

People in Slovak cities and towns – but even more so in the countryside – used so little electricity that the rent for an electric meter was often higher than the bill for the electricity consumed. Moreover, households had to pay quite a lot for the house connection – 200 Czechoslovak crowns.

“In a big homestead there was, for example, only one five-Watt bulb,” explained Miroslav Sabol of the Institute of History of the Slovak Academy of Sciences, illustrating the initial reluctance of Slovaks to accept electrical power. “It was, however, not found in the residential part – they used it for lighting the cattle in the stable, while the children were learning by the light of tallow candles or oil lamps.”