Alumni of CEU about its ousting: It was a matter of time

Hungarian government approved the law that limits the functioning of foreign universities that do not have home campus in Hungary in April 2017. CEU considering leaving the country. 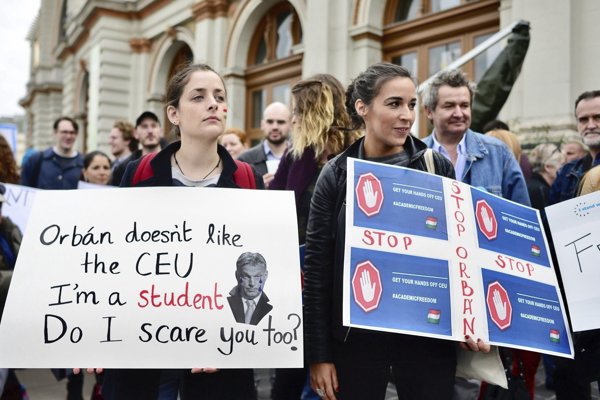 The decision to move Central European University (CEU) from Budapest to Vienna as from September 2019 will also influence the Slovak students studying there. The Slovak Spectator approached several Slovak alumni of the university to ask their opinion on the ousting of CEU.

The Slovak Spectator: As alumni of the CEU, how do you view the Hungarian government's attempts to oust the school from the country and its announced move to Vienna?

This development does not surprise me as the pressure on CEU was steadily increasing since Orbán's returned to power in 2010. So, for me it was not a question of whether this would happen but when it would happen. It is sad that university has to move to a western European country, since it goes against its original aims of helping to introduce civil society by helping to train future elites in social sciences and humanities in the post-communist region.

Read more articles by the topic
This article is also related to other trending topics: George Soros