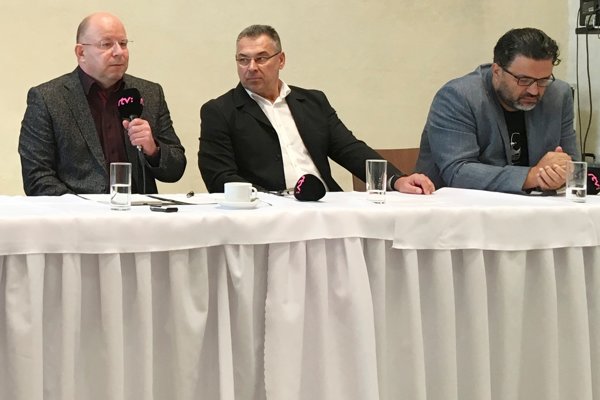 A TV spot promoting RTVS’ new TV show, entitled The Greatest Slovak, which among other Slovak personalities also featured president of the war-time fascist Slovak Republic, Jozef Tiso, will be examined by the police and Special Prosecutor’s Office (ÚŠP).

The TV spot with Tiso’s picture has stirred many critical responses, including that of Slovakia’s Jewish organisation.

In the wake of these events, RTVS general director Jaroslav Rezník announced at a press conference on that day that the producers of The Greatest Slovak show have ultimately decided to exclude Tiso from the nation-wide poll completely.

“It won’t be possible to include in the poll a person who was legally convicted of war crimes, crimes against humanity and treason, and wasn’t rehabilitated,” Rezník said, adding that RTVS has adjusted the conditions concerning which personalities can be nominated for the show.

Producer of the show, Peter Núñez, said that he communicated with a number of experts when selecting the personalities. He added that it would be a pity if the hysteria around one person suppressed the main meaning of the entire show. “The purpose of the format is to bring to the public space the topics of history, Slovak personalities, the good and bad, nice and ugly stories; everything that is related to our Slovak past,” he argued, as quoted by TASR. “What happened last week threatened this project because the whole issue concentrated on Tiso,” he said, adding he hoped that the taboo surrounding this personality will be broken down in the end.

What is the show about?

The Greatest Slovak is a licensed format of the British BBC that was adapted to Slovak specifics. As of November 1, Slovaks will be able to join a poll and choose the personality they consider to be the greatest Slovak, until the end of December. The best 100 personalities will be announced on New Year’s Day, people will then still pick from among them. Televised debates in April will present the Top 10 candidates, with a documentary shot on each of them and a professional arguing for and against this specific personality. The poll will culminate on May 1, 2019. Among those who protested against including Tiso on the list of most appreciated personages of the poll was the Jewish humanitarian organisation do B’ nai B’rith – Tolerance, and the International Christian Embassy in Jerusalem.