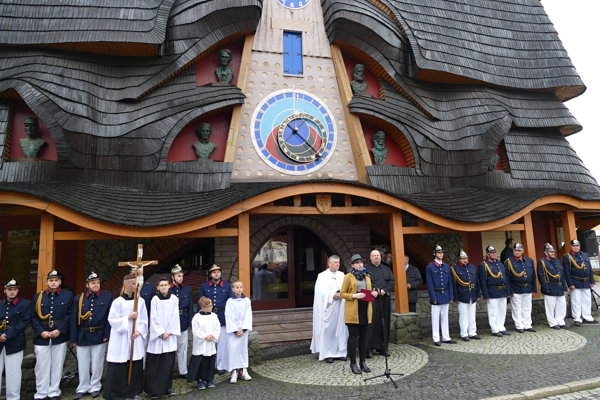 The astronomical clock in Stará Bystrica has seven new statues depicting the Slovak apostles made by painter Viliam Loviška and his wife, sculptor Marcela Lovišková. The statues were created to replace the wooden statues made by Peter Kuník from Tvrdošín and were funded thanks to EU money.

“Thanks to those finances, we were also able to reconstruct the space behind the clock and make the machine room accessible to the public,” said Ján Podmanický, mayor of Stará Bystrica, for TASR, adding that in the last nine years about 400,000 visitors came to look at the clock.

“We placed the statues on the outer balcony corridor at the exit from the machine room of the astronomical clock where visitors can see them,” explained Podmanický, as quoted by TASR.

“A person can be inspired in painting and sculpture by the spirit, something invisible that is inside, and is expressed via the hands,” said Loviška, as quoted by the TASR newswire.

The creation of the new saints was very much a family affair. Their daughter Lea Lovišková also contributed. She came up with the idea of putting the faces of living people onto the saints. There are 14 personalities in the seven sculptures who will remain secret, Loviška said. 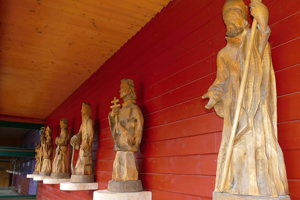 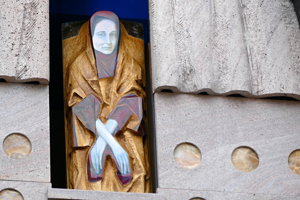 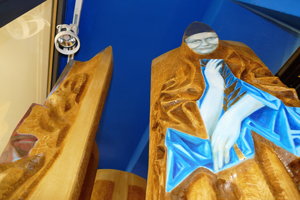 The Slovak astronomical clock was unveiled on July 18, 2009, as part of the reconstruction of the square in 2004. The aim of the village was to renew the central zone with an united architectonical character. The author of the concept is architect Ivan Jarina.

The composition of the astronomical clock on the building of the local community centre represents the seated Madona, the Virgin Mary of the Seven Sorrows, patron saint of Slovakia. Six bronze sculptures are located in niches: Prince Pribina, King Svätopluk, Anton Bernolák, Ľudovít Štúr, Milan Rastislav Štefánik and Andrej Hlinka. The heart of the astronomical clock is composed of an astrolabe – a clock face depicting astronomical data.