Trees in the Low Tatras felled without permission

The Environment Ministry wants to toughen up conditions to prevent similar situations. 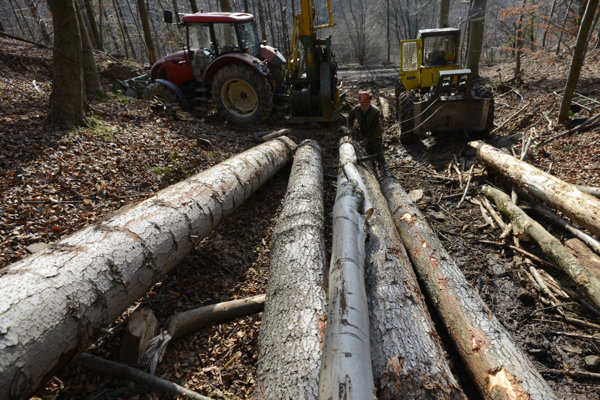 The Slovak Environmental Inspectorate (SIŽP) has completed an inspection focusing on the construction of a new hotel complex in the valley of Demänovská Dolina, which will be situated close to the protected Vrbické Pleso lake and on a biotope of European importance.

During the construction, the blueberry spruce forests which are part of the biotope were damaged. However, the inspectors found that the felling area did not exceed the size of the plot on which the hotel will stand, i.e. some 16,000 square metres, the regional MY Liptov weekly reported.

“Thanks to state supervision, we have found that the constructor ordered the trees to be felled in Demänovská Dolina without a valid permit issued by an institution which regulates the felling of trees and without marking the trees that were to be chopped down, and thus without meeting the conditions set by the law on nature and countryside protection,” SIŽP said, as quoted by MY Liptov.

However, the law enforcement bodies will not look into the case since the inspectorate does not think the construction has violated the current law, said Iveta Hučko Stypová from SIŽP.

“Since the plots were classified as forest land before the launch of the construction, the constructor observed the law when cutting down the trees,” Hučko Stypová told MY Liptov.

The inspection did not cover the social damage to the spruce forests. However, the constructor might be fined up to €33,000 for committing an administrative offence, the weekly reported.

The investor in the five-star hotel is former co-owner of the Jasná ski resort. He rejected the claim that the trees were felled illegally, as reported by the public-service broadcaster RTVS.

After the construction is completed, the hotel will be the biggest in the Low Tatra mountains. Apart from luxurious apartments, there will also be a congress room that can accommodate up to 500 people.

New conditions for cutting down trees

Meanwhile, the Environment Ministry wants to toughen up conditions for logging. It proposes to scrap several exceptions, stop clearcutting in the areas with the second and higher levels of protection, and regulate random logging. It also wants to introduce a duty to inform about the felling of trees.

The changes are part of a draft amendment to the law governing nature and countryside protection which has been submitted for an interdepartmental review, the TASR newswire reported.

In addition, the draft amendment is expected to cancel exceptions based on which no permission is required when felling trees in areas of European and national significance.

It also plans to scrap the exception concerning the ordinary management of forest plots and agricultural soil, and random logging in protected areas.

“Currently, it is nearly impossible to say whether this biotope was destroyed as the consequence of logging or other activities linked to it,” the ministry said, as quoted by TASR.

At the same time, the ministry proposes to create an information system open to the public and state administration bodies, based on which it will be possible to identify the border of protected areas and their zones.