Seven must-see exhibitions from the Month of Photography

Bratislava hosts the 28th year of the photography festival. 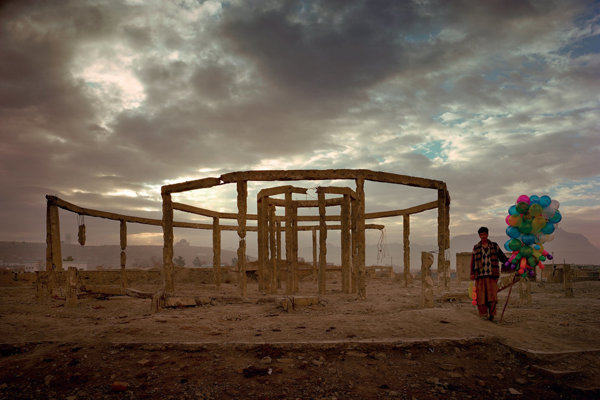 Traditionally, November in Bratislava has belonged to photography. The 28th year of the Month of Photography offers about 30 exhibitions by photographers from 16 countries around the world. This year the festival focuses on two main themes: war – marking the hundredth anniversary of the end of the First World War, and body – presenting Bodyfiction, a large exhibition project of partners of the European Month of Photography, which premiered in Bratislava. Similarly to previous years, the festival presents a selection of exhibitions of Slovak photographers as well as central and eastern Europe photographers.

Here are tips for the seven top exhibitions, as selected by The Slovak Spectator.

-The Chaos and the Calm – At the exhibition of British photographer Simon Norfolk, even though presented in the section dedicated to war photography, visitors will not find traditional war images from battlefields full of blood and suffering. This is because of the different approach of Simon Norfolk, who perceives a great deal of such images as propaganda. He is instead interested in very slow war photography, “something which is on the way from the idea of bang-bang-bang to something about the consequence and effect of this bang-bang-bang,” said Norfolk during the opening ceremony. The results are beautiful images, in which the horrors of war are hidden and seen only upon a closer look. “I work very very hard to make my pictures of horror as beautiful as possible. That tension between that beauty and horror is very exciting.” The exhibition takes place in Dom Umenia on SNP Square 12 until November 30. 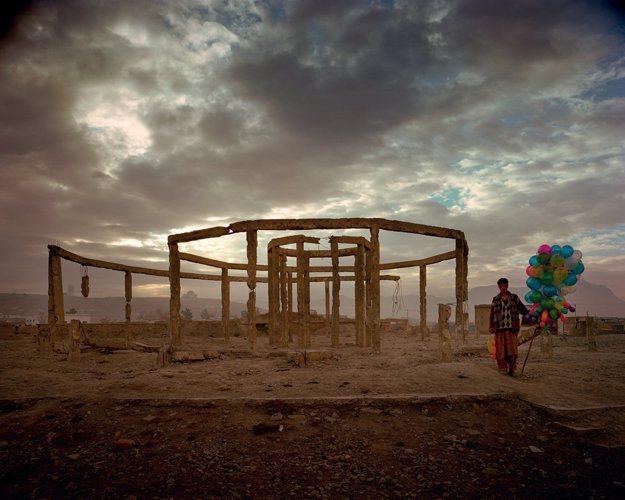 -Bodyfiction – This exhibition presents more than one hundred photographic works by 15 female photographers, one male photographer and one transgender photographer, in which the human body plays a primary role as means of expression. “It shows how contemporary visual artists respond to topics related to body,” said Branislav Štěpánek of the Month of Photography. “The body along with a portrait is unique in photography. It can present our ourselves and simultaneously bear a social or political dimension. The manner of depicting the body, as well as the themes artists handle, have changed a lot in the last few years. For example, some years ago we could not imagine a body exhibition without a classic woman’s black-and-white nude photo. Today, you will not find such an image at the exhibition.” The exhibition is taking place at the ZOYA Gallery in the Erdödy Palace on Ventúrska 1 until November 30. 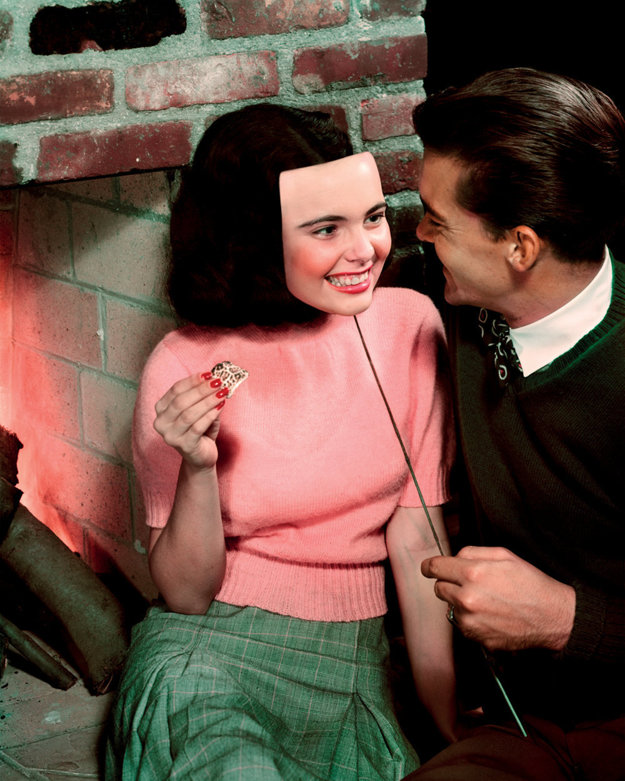 From the Bodyfiction exhibition (Source: Weronika Gęsicka, Courtesy of SEDF)

-Conscious Traveller. Concerned Photographer. French photographer Marc Riboud (1923-2016) went down in the history of photography with both his iconic images and pioneering photographic travels to the countries of the Far East, when they were still almost inaccessible to photographers. This exhibition, originally presented in Slovenia earlier this year, places Riboud’s work in the central and eastern European context, with an extended presentation of the work he did in Yugoslavia and Czechoslovakia between the 1950s and the 1980s. The exhibition takes place in Dom Umenia on SNP Square 12 until November 30. 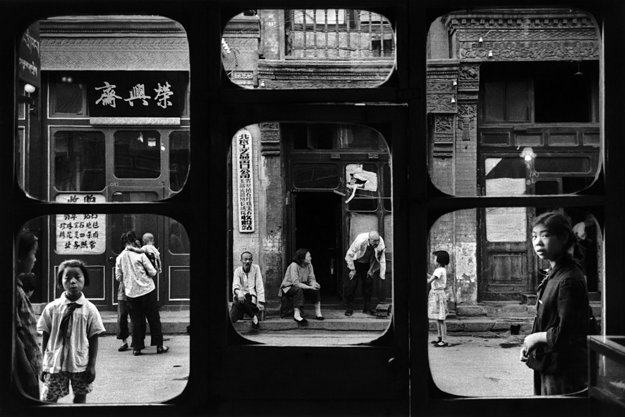 -Live Photography Twice – The extensive exhibition marks the 60th anniversary of the Slovak prominent photographer Jozef Sedlák. “This is my biggest exhibition, at which I exhibit the selection from my cycles I did before the Velvet Revolution as well as works I did recently to fit into this place,” said Sedlák during the opening ceremony. These include a peculiar photo reportage from recruitment for compulsory military service taken during the previous regime, his playing with not fixed negatives, called live photography, as well as his conceptual multiple exposures of skulls. The exhibition takes place in Galéria Slovenskej Výtvarnej Únie – Umelka on Dostojevského rad 2 until November 20. 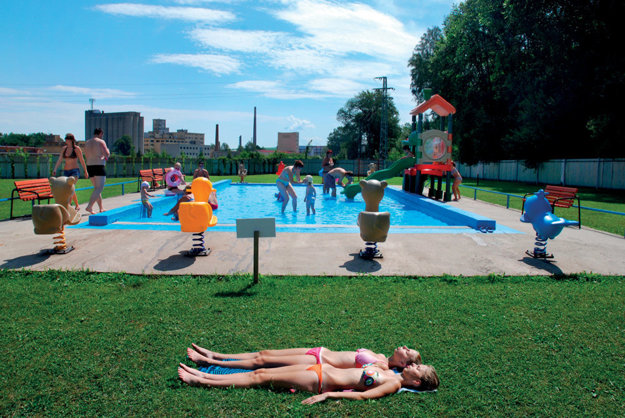 -The One Who Photographs Art - This exhibition presents portraits of Slovak artists, including painter Július Jakoby, sculptors Andrej Rudavský and Štefan Prokop, conceptual artists Július Koller and Milan Adamčiak as well as Rudo Sikora and Otis Lauber, as seen by photographer Martin Marenčin. He has not taken the portraits in a unified style. “Martin is playing with form as well as content,” said curator Jozef Ondzik during the opening. “Sometimes he is paraphrasing those portrayed or approach them in differing ways. The visitor does not get bored at all.” The exhibition takes place in Z Gallery in the Zichy palace on Ventúrska 9 until November 30. 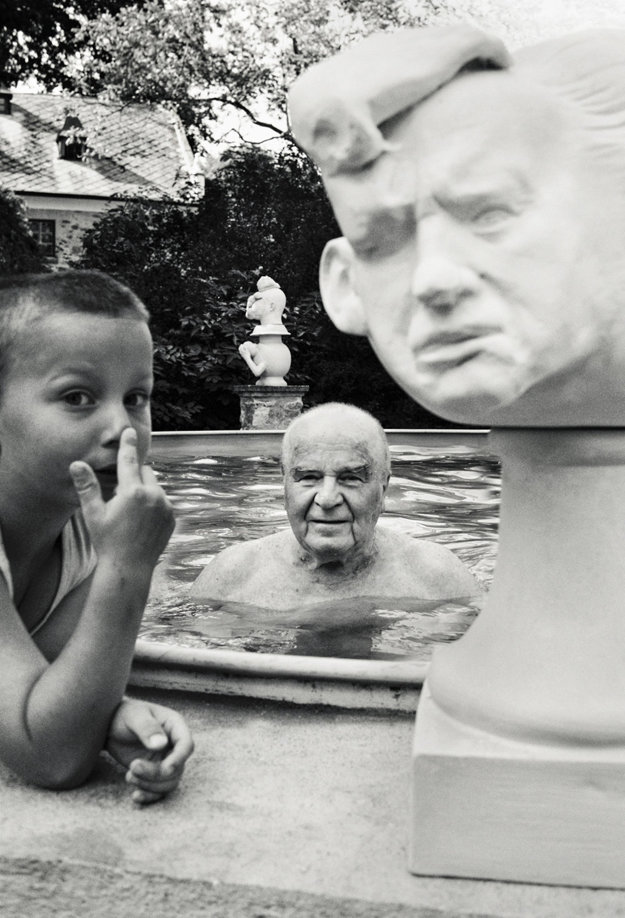 -Emila Medková – “I take photos to record objective and subjective situations I consider essential.” With these words Emila Medková (1928-1985), who to an extraordinary extent participated in the formation of Czech fine arts in the second half of the 20th century, laconically characterised her work. Affected by European surrealism and Czech pietism, she focused her camera on bizarre shop windows, shop signs, forlorn city concerns or chipped walls, finding in them the charm of the unwanted. The exhibition is taking place in Galéria 19 on Lazaretska 19 until December 2. 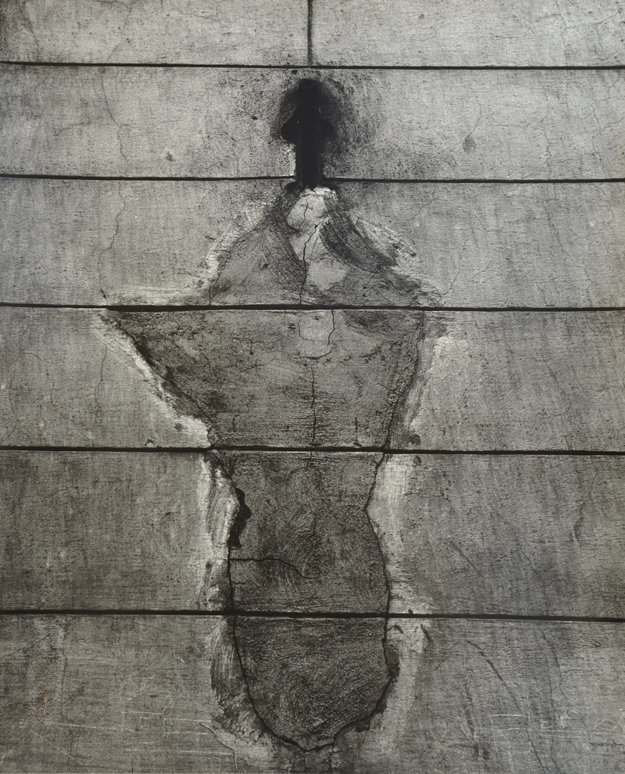 -Off Festival – Held simultaneously with the Month of Photography, acquiring its uniqueness by being a platform for fresh talent from the photography scene. Since its inception, the aim of the event has been to create optimum conditions for the promotion and support of young artists working within photography. The theme of the ninth edition in 2018 is the term Anthropocene, referring to the present geological period during which humanity has achieved a significant impact on the environment and planet. It is held on the third floor of the Dunaj department store on SNP Square 30 until November 16.