Slovak NGO wants to draw attention to the criminalisation of the homeless in Hungary. 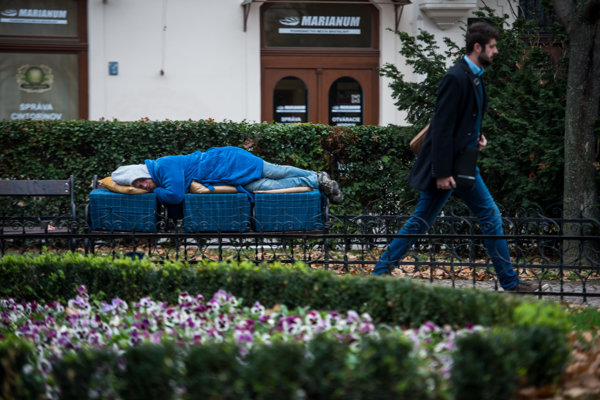 With this act, the organisation expressed its deep concerns about the criminalisation of homeless people in Hungary. At the same time, it wanted to call on Slovak politicians to prevent repression and to search for solidarity and a real solution to homelessness.

“In Slovakia we have noticed local politicians during their campaigns, declaring that homeless people should be expelled from city centres,” said Sandra Pazman Tordová, the organiser of this public solidarity campaign.

Some politicians have even promised their voters that they will push through measures similar to those in Hungary. Pazman Tordová does not believe that repression is a solution.

“We want to invite politicians to seek a real solution to homelessness,” she added, suggesting that building affordable housing would offer people a chance to end their homelessness.

“More affordable housing options for vulnerable low-income groups such as the elderly, the disabled and the homeless mean less people ending up on the streets and on the benches under our windows.” 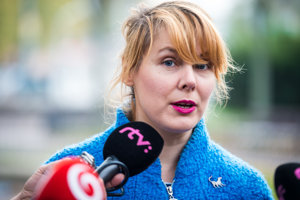 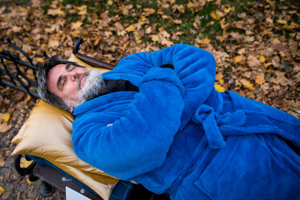 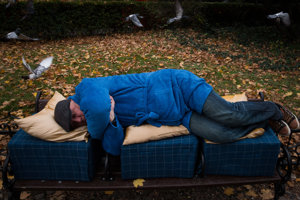 The situation of the homeless is unpleasant

The inspiration for the benches came from an art piece entitled “Archisuit“ by the US artist Sarah Ross from the Los Angeles art community that commented on the hostile architecture of the city. 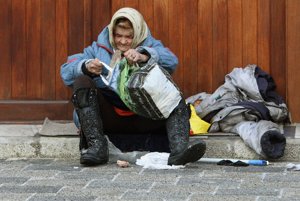 Half of the homeless counted in Bratislava suffer this situation long-term and have been homeless for more than six years.

Fourteen Slovak NGOs working with the homeless have prepared a written Declaration to express solidarity with Hungarian homeless people, to prevent repression and encourage a search for a real solution to homelessness. The declaration has been signed by 577 people so far.