Many precious findings are still hidden under the ground. 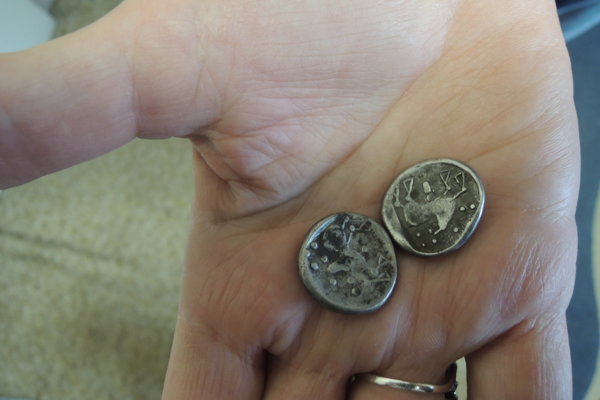 Archaeologists found a treasure of Celtic coins in Mošovce near Turčianske Teplice. The finding of 40 coins contains the most precious coins that Celts minted in this era, so-called tetradrachms.

“The Celts had highly-developed coin system; tetradrachms have four times the higher value of other nominals,” explains Karol Pieta, deputy of director from Archaeological Institute of Slovak Academy of Sciences (SAV) in Nitra, as quoted by the SITA newswire.

Tetradrachms are about nine to ten grams in weight, as if they have four drachms inside, which were the smallest coins in that time, Pieta explains.

It is highly probable that they are minted from silver originating from a Carpathian (Slovak) deposit. The economic power of Celts in the Slovak area was to a considerable extent based on using natural resources, especially gold, silver and iron. The Turiec region belonged among the key economic and cultural centres of Celts in Slovakia, Pieta added.

Archaeologists are carrying out a systematic research in the cadastre of Mošovce village as well as in the cadastres of other villages in connection to wood mining, due to the bark beetle calamity. 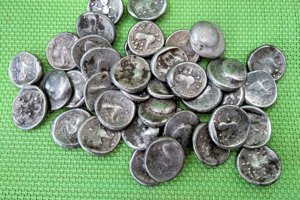 They were lucky to overtake raiders who find precious findings with metal detectors in Slovakia and then sell them or exchange with other collectors.

“An archaeologist does not find only precious and expensive objects, he/she looks for a connection and thanks to detail work in terrain, he/she may interpret the finding further,” said Pieta, as quoted by SITA.

The coins were scattered in a steep slope. Archaeologists found a place where they were packed in a small knot of organic substance and thanks to soil erosion, they scattered on the slope. They also found out that Celts put them into soil in times of battles at the beginning of anno Domini. It is already the second large-scale finding of coins in this area, the first being in 2008.

Celtic coins are the oldest coins minted in the Slovak area. The finding proves that Slovakia is full of significant archaeological discoveries still hidden under the ground, thinks Matej Ruttkay, director of Archaeological Institute of SAV in Nitra.

“We have to make a maximum effort to overtake raiders because everywhere we research we find tracks after people who were there before us,” he said, as quoted by SITA, adding that unfortunately they have already lost many findings. He would appreciate an amendment that would allow the cooperation of professionals with amateur finders, as it works in many other countries.